The Lady Bird Johnson Wildflower Center uses native plants to restore and create sustainable, beautiful landscapes. They carry out their mission to inspire the conservation of native plants through their gardens, research, education, consulting and outreach programs. In doing so, they improve water quality, provide habitat for wildlife, and enhance human health and happiness. In 2017, they were officially designated the Botanic Garden and Arboretum of Texas.

KPI 1a: Garden creates a plan, policy or protocol that guides water conservation and quality decisions and actions on site. 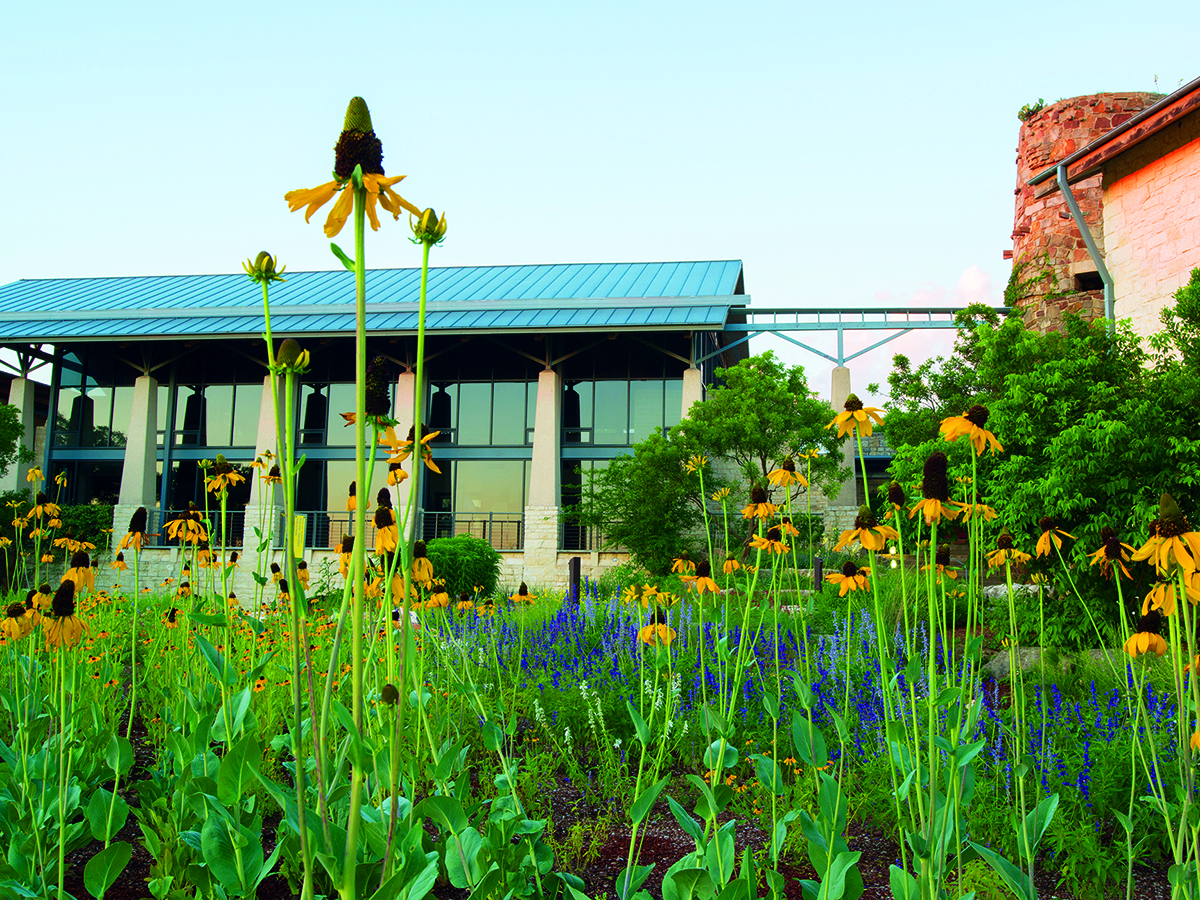 The Center is currently permitted to pump up to 6.7 million gallons per year by the Barton Springs Edwards Aquifer Conservation District (BSEACD), and complies with all BSEACD water restrictions, well standards, and water use guidelines. The Center also complies with all City of Austin code requirements as they relate to the use of non-potable auxiliary water sources (well and rainwater). Since the irrigation well was brought online in 2014, the Center has been able to reduce the use of municipal water for irrigation by an average of 4 million gallons per year. Some municipal water is still used as a backup source during periods of extreme drought when the water demand exceeds the well supply. Water from the City of Austin is used only as a last resort in the case of well supply limits, well failure, and if rainwater is depleted.

The Center’s buildings feature a rainwater-harvesting system that collects rainwater from 17,500 square feet of rooftop. This amounts to 10,815 gallons per inch of rainfall. This water is stored using two 18,000-gallon concrete cisterns, two 10,500-gallon metal tanks, and two 20,000-gallon fiberglass tanks. The two 20,000-gallon storage tanks are also used to store well water prior to being pumped into the general irrigation system, which is used to irrigate all horticulture plantings and the nursery. 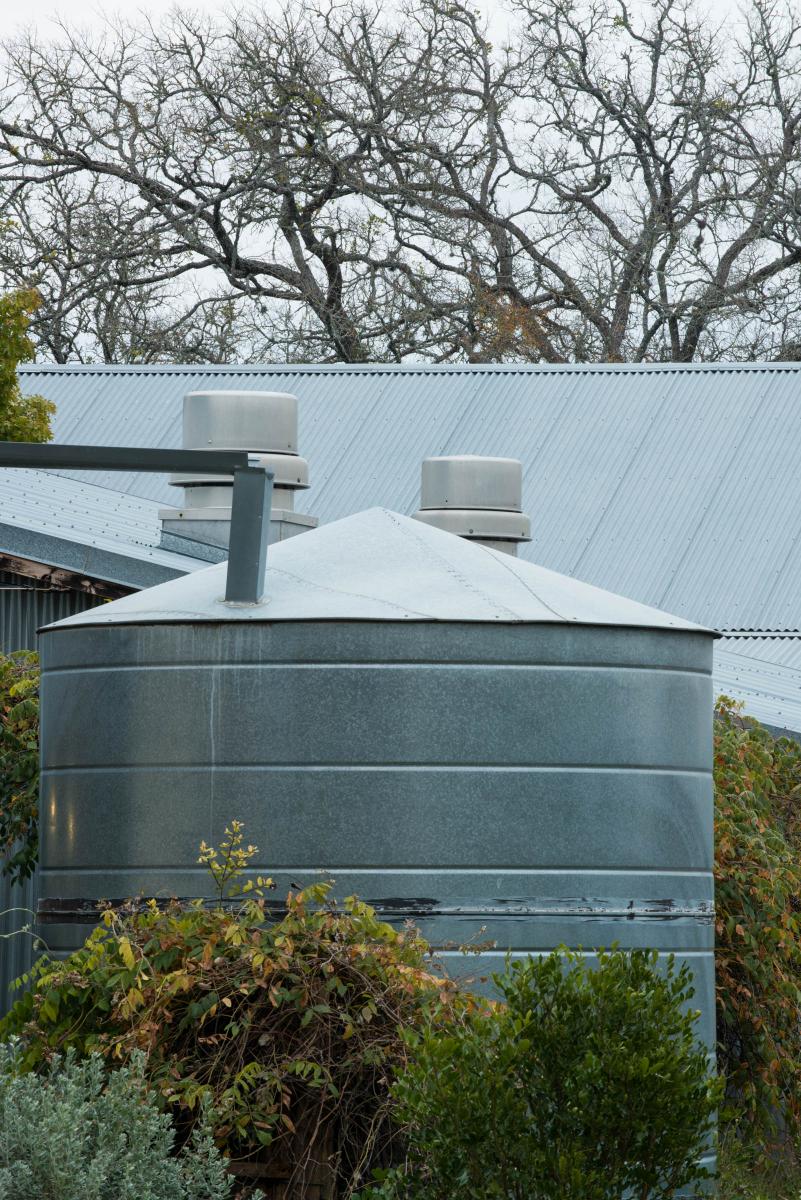 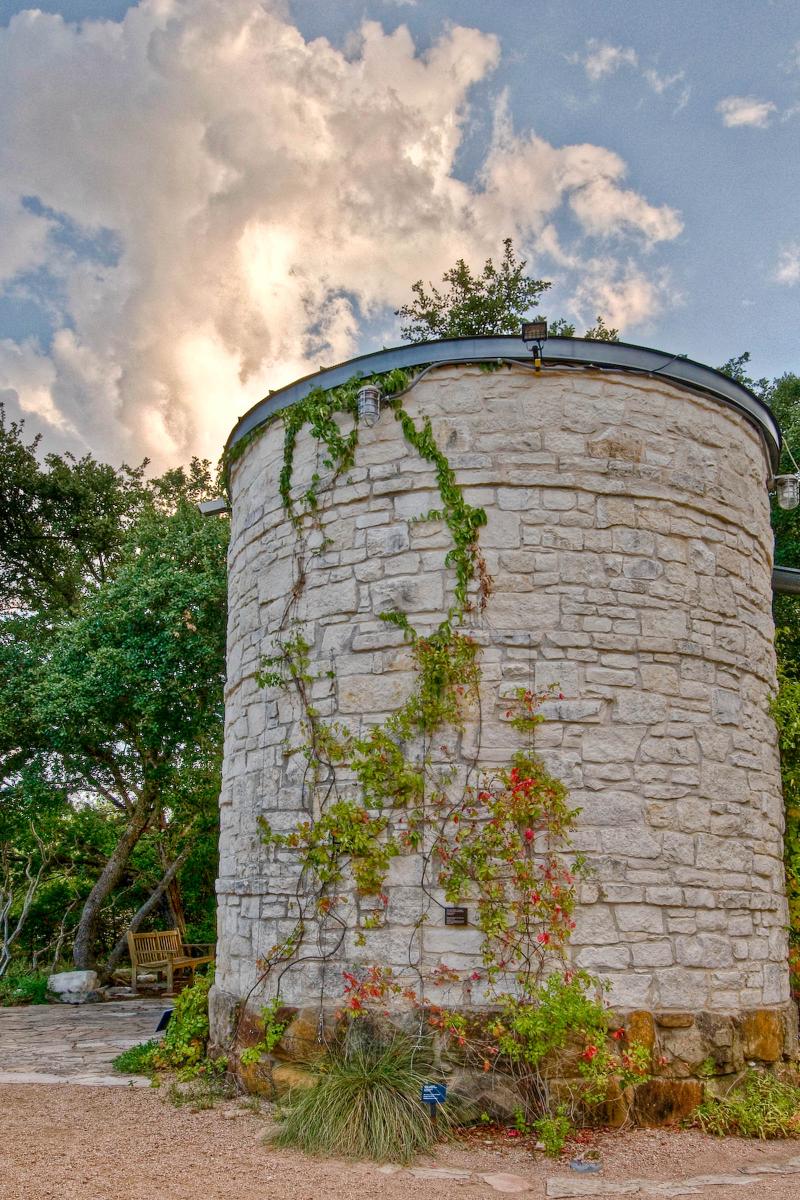 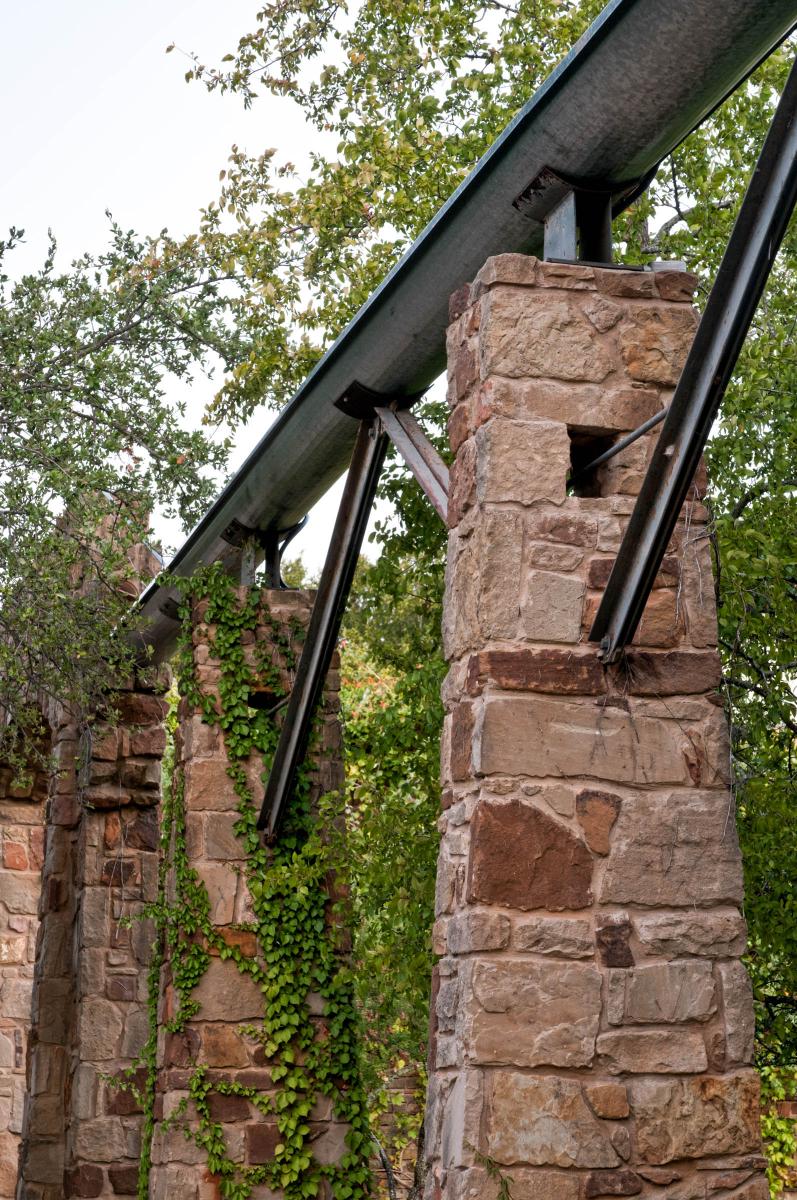 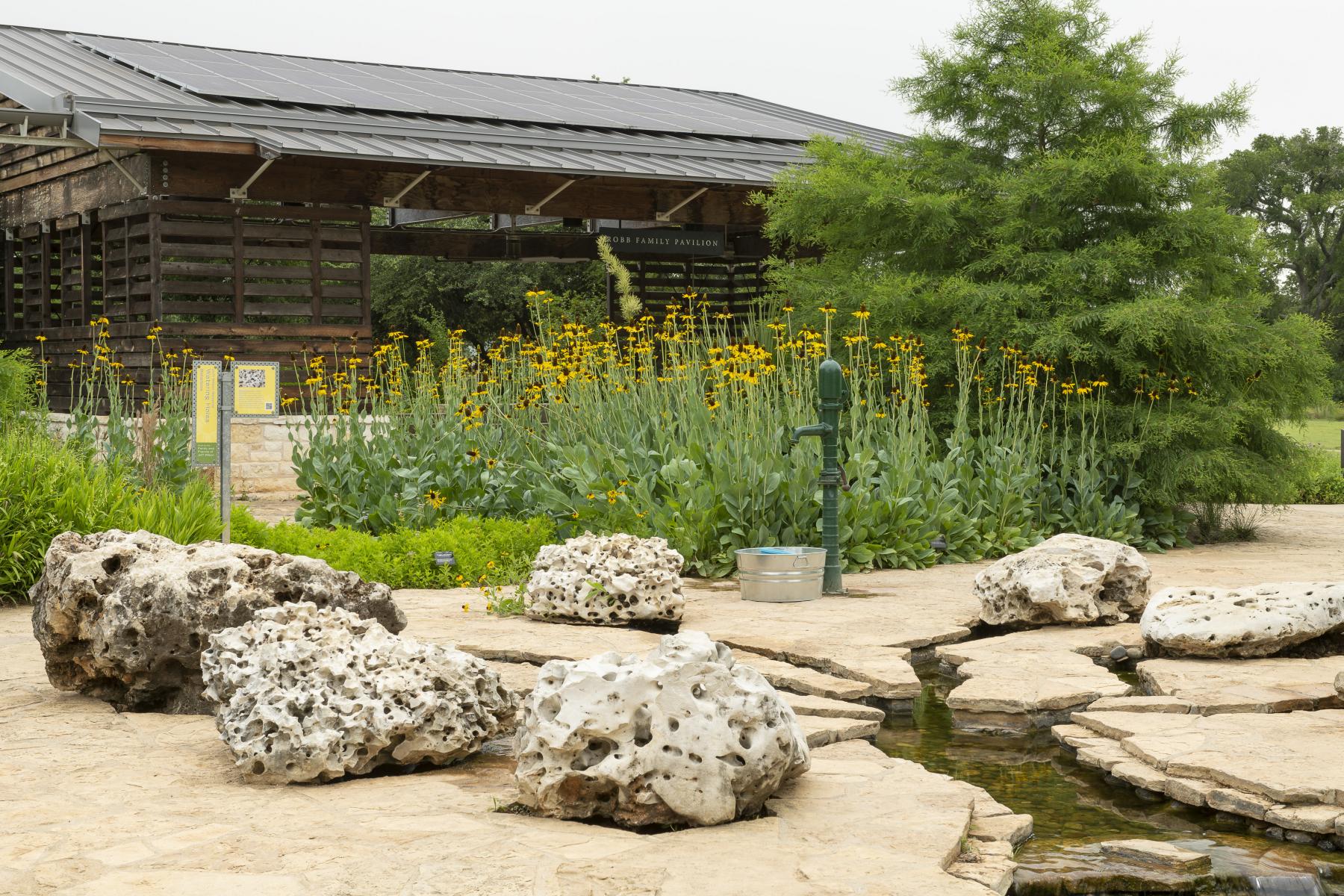 The Center voluntarily follows City of Austin water restrictions during drought. The Center has also

taken the following actions to align with broader local/regional efforts:

KPI 2b: Garden educational/interpretative components include water conservation and quality as a theme. 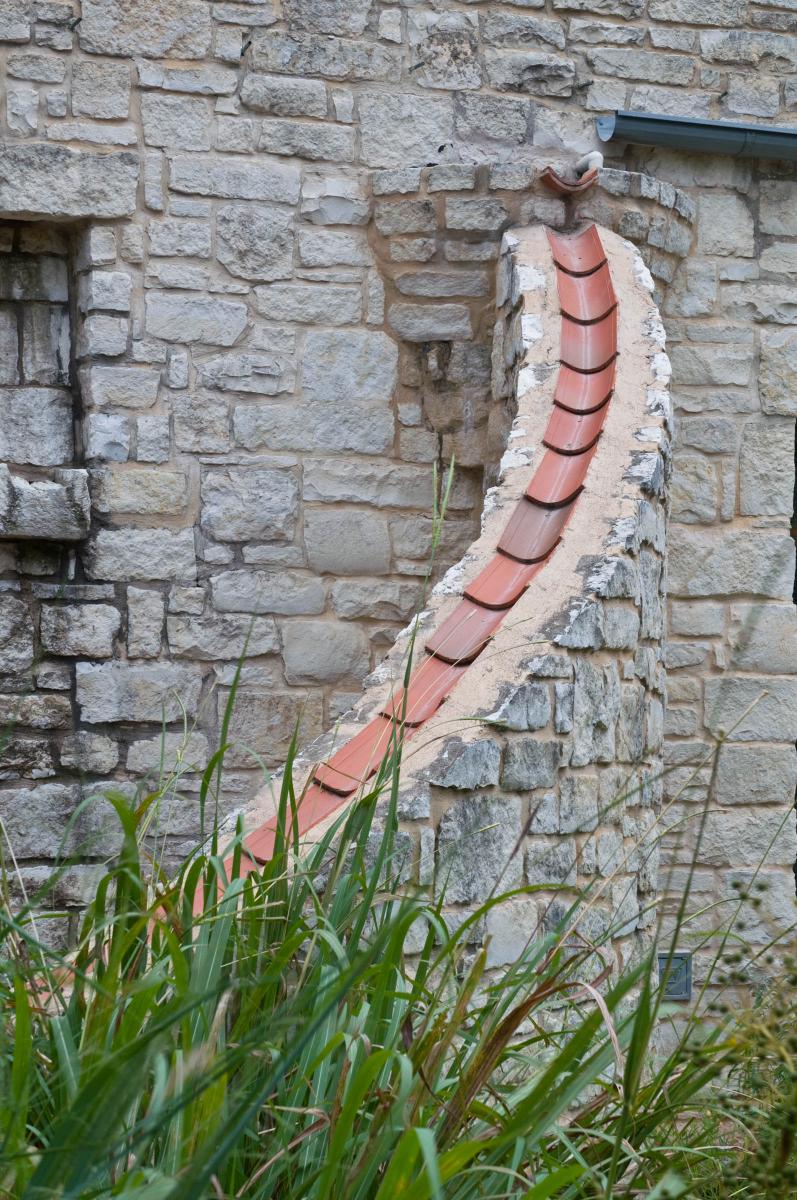