Phipps Conservatory & Botanical Gardens (Phipps) mission is to inspire and educate all with the beauty and importance of plants; to advance sustainability and promote human and environmental well-being through action and research; and to celebrate its historic glasshouse.

Home to the first LEED® certified visitor center in a public garden and one of the world’s most energy efficient conservatory, Phipps is dedicated to enhancing its sustainable practices and serving as a model for visitors and other public gardens.

“We are passionate about protecting our global environment and believe that before we can speak with any credibility, we must start by making our own operations and lifestyles more sustainable.”

Phipps Conservatory and Botanical Gardens — a 128-year-old Victorian glasshouse and garden in Pittsburgh, PA — has evolved into a leader in zero energy buildings, green energy and sustainable programs and research. But it is not only innovative green buildings and technology that define Phipps’ approach to energy and climate action; rather it is built upon a strong institutional culture of recognizing that everything is connected and our actions matter. Green buildings are effective only in concert with occupants who embrace behaviors that reduce energy use.

Staff at all levels receive guidance as to how the different buildings work and what they can do to ensure a healthy, efficient workplace. Regular brown bag lunches invite staff to share a meal together while learning about recent building performance, operational adjustments and future projects, as well as an opportunity to offer input on their own experiences and ways they think improvements can be made. And this philosophy is extended beyond the walls of Phipps. Staff are financially incentivized to commute or use alternate transportation for their commute, and receive a one-time monetary payment if they switch their home electricity provider to 100% renewable.

Because Phipps is open to the public year round, unique promotion opportunities are available on site; from interpretive signage to tours, classes and public programs, Phipps utilizes a diverse palette of strategies to promote its green power usage and stake its position as a model for replication; these initiatives reach more than 500,000 individuals in a typical year. Phipps' website, which receives 600,000-plus visits annually and was recently redesigned, contains a prominent section called “Green Innovation” which explains how to follow the Conservatory's example and make one's own home and garden more energy-efficient and sustainable. 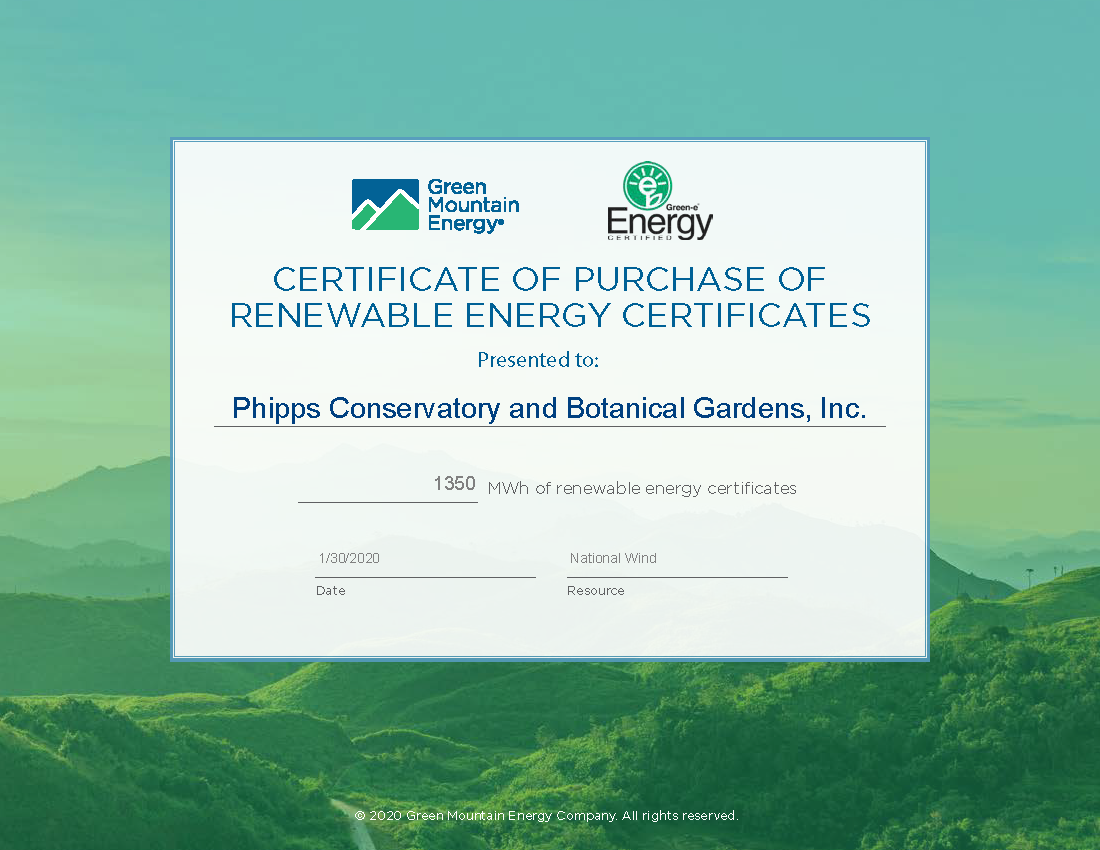 After Phipps transferred to nonprofit management in 1993, the institution embarked on the development of a three-phase master plan focused on bringing cutting-edge, high-performance energy efficient capital expansions to the campus to complement its historic glasshouse. Each new project has afforded Phipps a masterclass in regenerative design, allowing them the organization to learn, innovate and disseminate best practices.  The projects started with the Welcome Center, the first LEED® certified visitor center in a public garden, which was followed by the first LEED (EBOM) Platinum production greenhouses alongside an energy-efficient Tropical Forest Conservatory.

The third phase included construction of three of the world’s greenest buildings: the Center for Sustainable Landscapes (CSL, opened in 2012), which is also the only building in the world to achieve six of the highest certifications for green construction: Living Building Challenge, LEED Platinum, WELL Platinum, SITES Platinum, 3 Stars Fitwel and BREEAM Outstanding; the Petal Certified Nature Lab at Phipps (2015); and the Exhibit Staging Center (ESC, 2019) currently under review for the Living Building Challenge, LEED Platinum and WELL Platinum. Pending the ESC’s successful completion of the Living Building Challenge’s year-long performance period, Phipps will have three groundbreaking, Living- Future- Institute-certified buildings on a single site, each representing a unique use and construction type — new, modular and adaptive reuse — and demonstrating the potential of integrated, regenerative design. 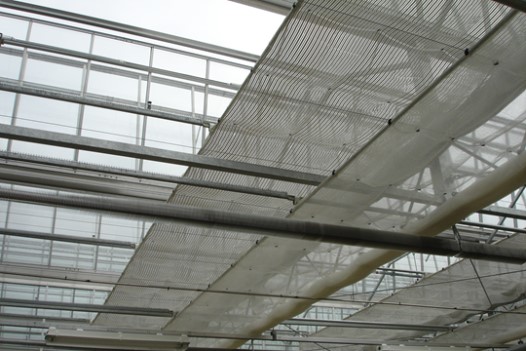 The Center for Sustainable Landscapes (CSL), is an education, research and administration facility that generates all its own energy, treats and reuses all water captured on-site. Together with the modular Nature Lab (2015) and retrofitted Exhibit Staging Center (2019), the lower campus will consist of three zero energy certified Living Buildings at Phipps, each showcasing a different construction type, new construction, modular and retrofit. As part of Phipps’ innovative efforts to make our campus a leader in sustainability, green energy and sustainable programs and research, Phipps has exceeded the Paris Climate Agreement goals, reducing the carbon dioxide emissions from our buildings by 56% per square foot from 2005 to 2016.

The above buildings employ elegant design and outside-in, passive strategies, including a narrow footprint built on the east-west axis to maximize daylighting and strategically placed windows to maximize air flow. Paired with best-in-class materials like low-e coated glazing and phase change material, as well as geothermal wells and a custom, rooftop Energy Recovery System, the buildings achieve singular energy performance. If the CSL was built as a conventional building, its baseline energy intensity would be about 85 kBtu/sf/yr; it operates at roughly 18 kBtu/sf/yr. With energy demand minimized, each of the three buildings generate more electricity than they use on an annual basis through an on-site 250kW photovoltaic array and vertical-axis wind turbine.

The ESC uses Nana walls, adjustable solar tubes and ample windows to maximize daylighting, while rooftop photovoltaics provide 105% of energy demand and a battery bank stores two-weeks of back-up power. It is also features an innovative lighting system. Direct current (DC) electricity is the form of electricity collected by solar panels and stored by their batteries, but most American buildings use alternating current (AC). In conventional settings, a device called a solar inverter is converts the DC electricity from solar panels into AC, wasting 10–15% of solar energy in the process of converting to AC and then back to DC again to power LED light bulbs. The ESC breaks this wasteful convention by using direct DC from the solar panels and batteries to all of the lights in the building. That means the entire lighting system for this building runs on a single 20-amp circuit. 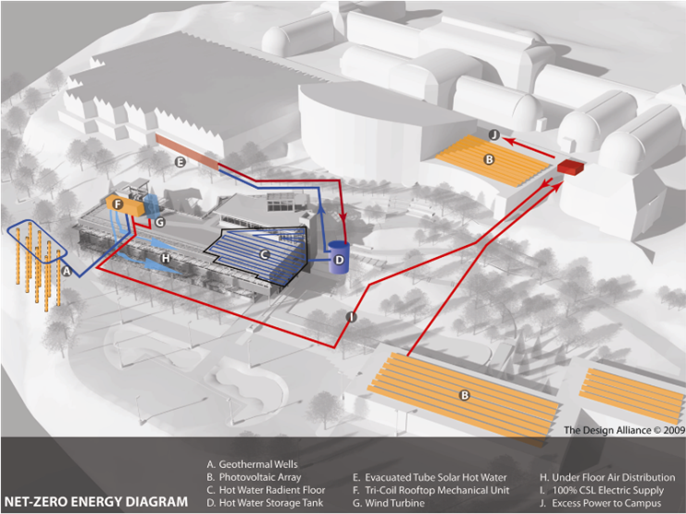 Beyond demonstrating to staff and visitors the benefits of projects that enhance the health and well-being of humans and the ecosystems in which we operate, Phipps conducts and shares the results of research aimed at transforming the way people relate to nature, while serving as an environmental education center that community members can visit and explore. By partnerships with prestigious thought and action leaders like, Carnegie Mellon University and the University of Pittsburgh Phipps’ high-performance buildings will be continually studied and evaluated in pursuit of even greater advances that can improve the efficiency of built environments. The technologies and strategies employed at Phipps’ campus are disseminated to the design and construction industries at large, acting as a market force to create jobs and economic benefits related to this new and necessary field of sustainable building. Through unfettered access to the building’s performance data, Phipps and its’ partners will make discoveries that help guide the way for the next generation of designers and builders to achieve even greater efficiencies than the CSL.

Beyond the lower campus, Phipps strives to reduce greenhouse gas emissions in all aspects of operations. Gas-powered lawn and garden equipment has been replaced with battery-powered units. Earth tubes, energy blankets and shade cloths in the Tropical Forest and Production Greenhouse minimize energy input while creating a comfortable space for guests and staff while still creating conditions appropriate for plant-life to thrive. The café features produce grown on-site and sources locally whenever possible. All the electricity consumed on the campus that is not generated on-site is purchased as 100% renewable.

The institution helps shape the lives of more than half a million visitors and 35,000 education program participants annually. In support of this mission, Phipps aims to help transform the way people relate the built and natural environments. Phipps has sought to raise awareness and knowledge about climate change, but climate change is a topic that can feel so overwhelming or daunting that one might think they can’t have an impact. In order to bridge that gap and actually catalyzing real change, Phipps set a principal goal of demonstrating to its guests that every one of us can have an impact, and that addressing this critical issue is something that each individual can take part in.

Our first step was to identify our visitors’ existing beliefs, attitudes, behaviors and actions regarding the climate. The better Phipps could understand its audience, the better we could craft a message and meaningful experience that resonated.

Using the Yale Program on Climate Change Communication’s “Six Americas” segmentation instrument, we surveyed more than 1,000 guests. Through this evaluation, we learned that nearly nine out of 10 Phipps guest considered climate change a threat now or in the future. Perhaps even more importantly, we learned that our largest segment of visitors were “Concerned” about climate change, meaning that they believe it is human caused, believe that humans could reduce global warming and support societal action on climate change, but few of them had engaged the issue personally or taken climate action. This indicated that we could be most effective not in trying convincing guests that climate change is real — nearly all already accepted this fact — but in helping facilitate our guests taking the next step: doing something about it.

With this in mind, Phipps launched the Make the Switch at Phipps! Green Power Drive conducted through a special partnership with energy provider Green Mountain Energy. Seven days a week, Green Mountain Energy manages a station in Phipps’ Tropical Forest Conservatory where guests can switch their home electricity generator to 100% green power right on the spot, and those that do are given a free Phipps membership.

Through this innovative new effort, which directly impacts the voluntary market for green power, guests are incentivized to switch to green power and to deepen their engagement at Phipps in one easy and powerful action. By switching to green power, a family makes a first critical step toward living more sustainably, and through their new membership to Phipps, they increase their access to the Conservatory itself, a valuable resource for reinforcing the importance of green and healthy living and a constant reminder of the beauty and efficacy of our natural world. By offering its most valuable resource as an incentive to embrace green power, Phipps makes clear to its guests just how important and impactful their decision really is.

Since the launch of the Green Power Drive, more than 5,500 households have converted to green power. Each year these households use green power, they prevent roughly 37,000 tons of carbon dioxide emissions — the equivalent of saving 77,000 barrels of crude oil from being burned, or 83 million miles driven by an average passenger car. And the numbers are growing every day.

Phipps tracks and monitors all energy and water use throughout the campus and audits regularly to note any irregularities or opportunities for further improved performance. The team uses Energy Star’s Portfolio Manager to track and compare energy performance against regional or national benchmarks.

While monitoring and measuring your own performance is imperative, Phipps has consistently sought third-party certifications to both ensure that we are objectively following best practices and standards and as advocacy tools to demonstrate to the public and other institutions possible paths to incorporating more sustainable practices. Starting with the Welcome Center in 2006, which was the first LEED-certified (Silver) welcome center in a public garden, each campus addition has sought and received certifications. These include the Production Greenhouse (LEED Platinum, EBOM), the Center for Sustainable Landscapes (Living Building Certified; Living Building Net-Zero Energy Petal; LEED Platinum; Sustainable Sites Initiative Platinum; WELL Platinum, BREEAM Outstanding; Fitwel Three Stars), the Nature Lab at Phipps (Living Building Net-zero Energy Petal), the Exhibit Staging Center (WELL Health and Safety) and the entire campus was certified WELL Health and Safety. Phipps is in the process of seeking full Living Building Certification for the Nature Lab, as well Living Building Certification, LEED Platinum and WELL Platinum certifications for the ESC. 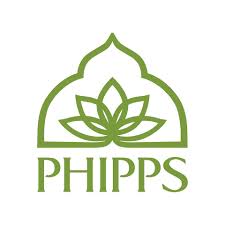