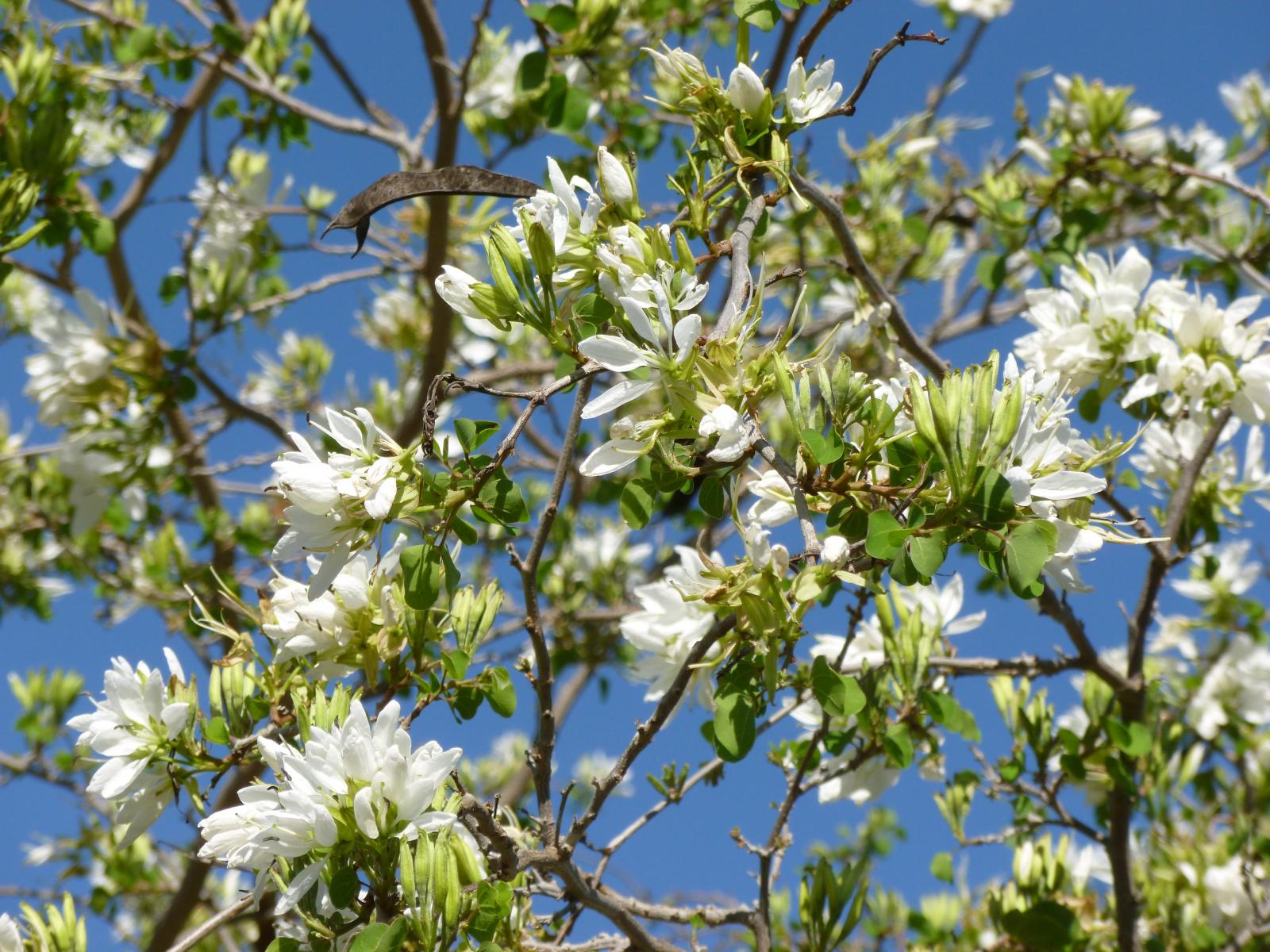 •    Educating and inspiring landowners and the public about the importance of conserving Texas’ natural heritage and biodiversity
•    Dissemination of information
•    Collaborating with private landowners and public land stewards to bank well-documented seed collections of native plants adapted to local conditions
•    Providing land stewards and university-level researchers germplasm for projects
•    Developing a network of citizen scientists to scout for and report on the presence of invasive species
•    Surveying vegetation for the National Park Service from Big Bend to the Big Thicket as partners in the Inventory and Monitoring Network
•    Administering a competitive award program in partnership with the U.S. Fish and Wildlife Service to benefit four endangered species

Texas is home to well over 1,300 plant and animal species known as Species of Greatest Conservation Need (SGCN). These include federal- and state-listed species as well as those that have not bee 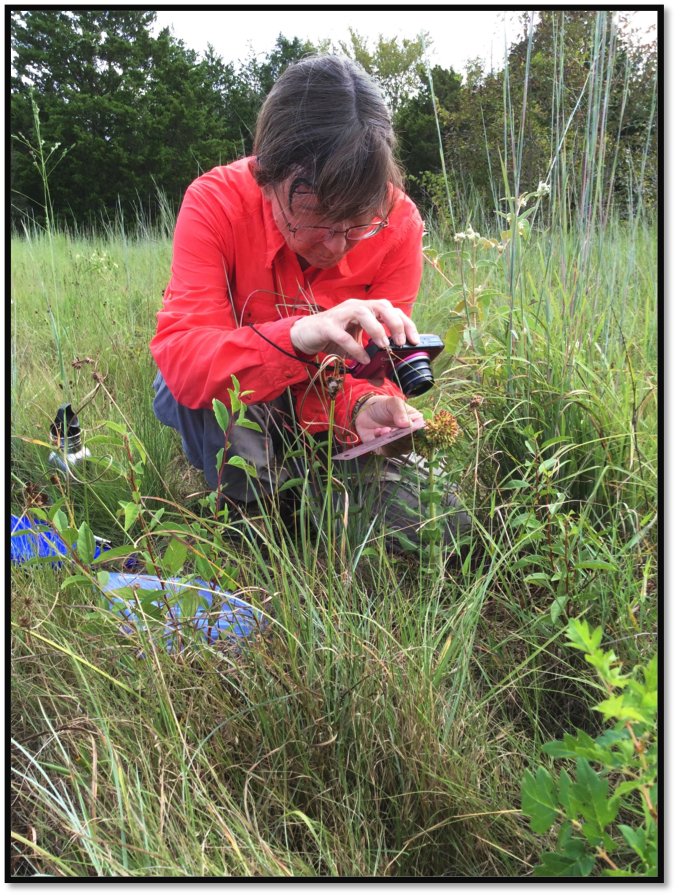 n listed due to lack of information. As a recipient of one of Texas Parks and Wildlife Department’s Conservation License Plate Grants, the Wildflower Center helped update conservation ranks for a few of these species—which helps prioritize and improve conservation efforts moving forward. Plant Conservationist Minnette Marr began reviewing ranks for 15 of these plant species during the winter of 2017–2018, updating information about their known occurrences and considering such factors as species range, abundance, and threats. Field trips were taken to scout for populations of SGCN; in cases where imminent threats from construction or non-native pests exist, efforts were made to collect seeds from SGCN for the Center’s seed bank.

The Wildflower Center has an appendix to its Living Collection Policy that specifically addresses SGCN. With rare possible exceptions, the Center will not sell species with a state conservation ranking of S1, S2 or S3. Any exceptions to this policy must be approved on a case-by-case basis by the Conservation Program Manager.

The Center developed and managed an important invasive species resource, Texasinvasives.org, beginning in 2005. Created in partnership with the Texas A&M Forest Service, Texas Parks and Wildlife, USDA Animal and Plant Health Inspection Service, and many others, Texasinvasives.org is a multifaceted program, including a website and database, that acts as a hub for government agencies, nonprofits, academia, and conservation organizations to share best practices and disseminate information directly to the Texas public. In 2020, the entire program transferred to the Texas Invasive Species Institute at Sam Houston State University, which will be responsible for the statewide mapping effort, management of the website, and all other aspects of the program.

The Center trained citizen scientists to identify and report invasive species and recruited their help in conserving vulnerable plant species. The Texasinvasives.org program included two citizen science efforts (see here and here), which trained Texans to identify and report invasive species. Since 2005, the Invaders of Texas Program has conducted over 120 workshops, established more than 75 satellite groups, trained over 2,800 citizens and recorded more than 21,000 observations.

In addition, almost 200 citizen scientist volunteers participated in the Center’s ash tree conservation project, saving 125,000 seeds primarily from one species, Fraxinus albicans, in counties within the Edwards Plateau and Cross Timbers ecoregions of Texas. This species is threatened by the presence of emerald ash borers. Creating a collection of ash seeds will be helpful to reestablish the trees if necessary. 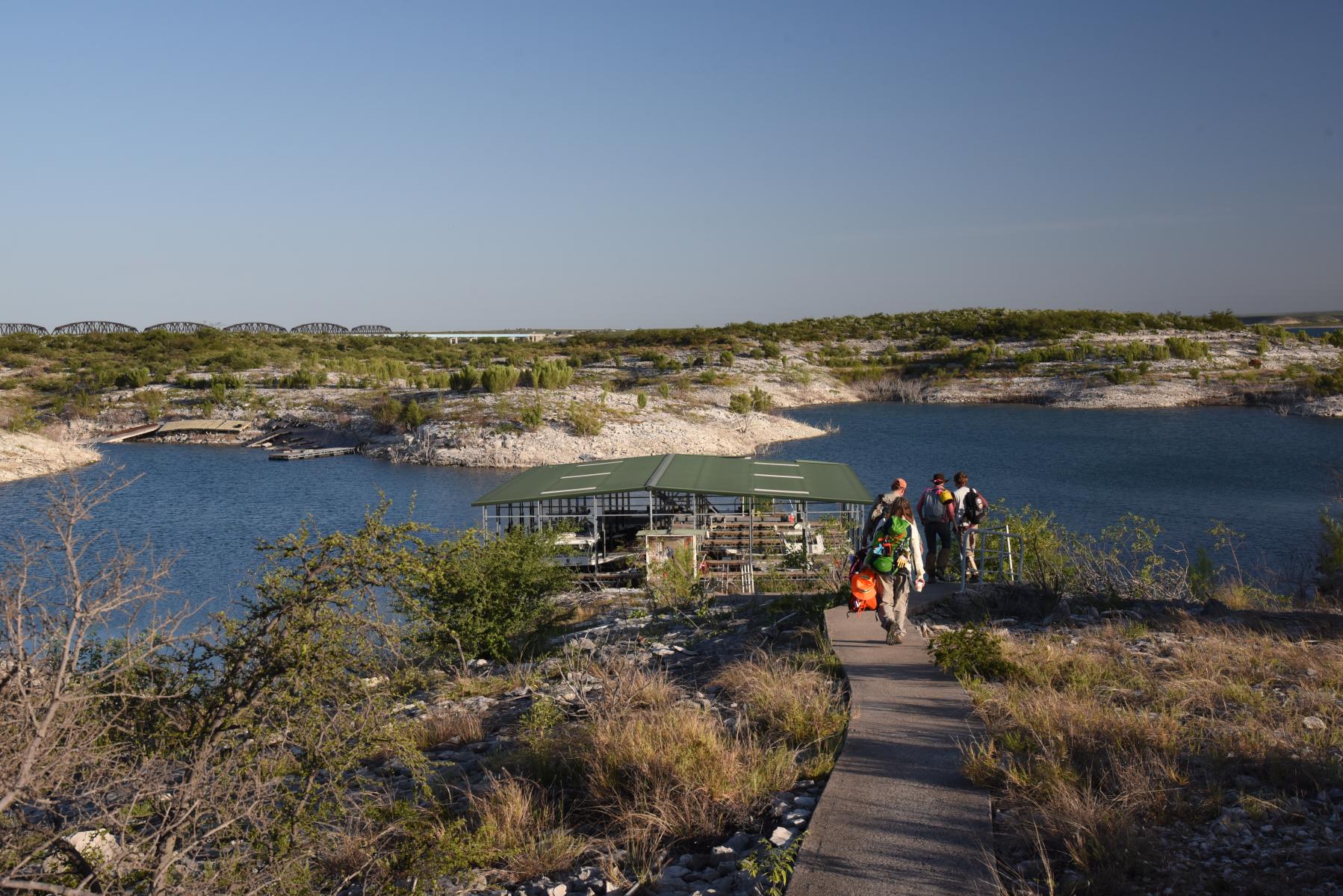 The Center partners with the Center for Plant Conservation, other conservation organizations, academia, private landowners, and state and federal agencies to bank seeds to share with university botanists studying the life history of and threats to SGCN in Texas. The Wildflower Center is tasked with securing funds related to the conservation of 14 species.

Garden collaborates to protect pollinators and the native pollinator plants 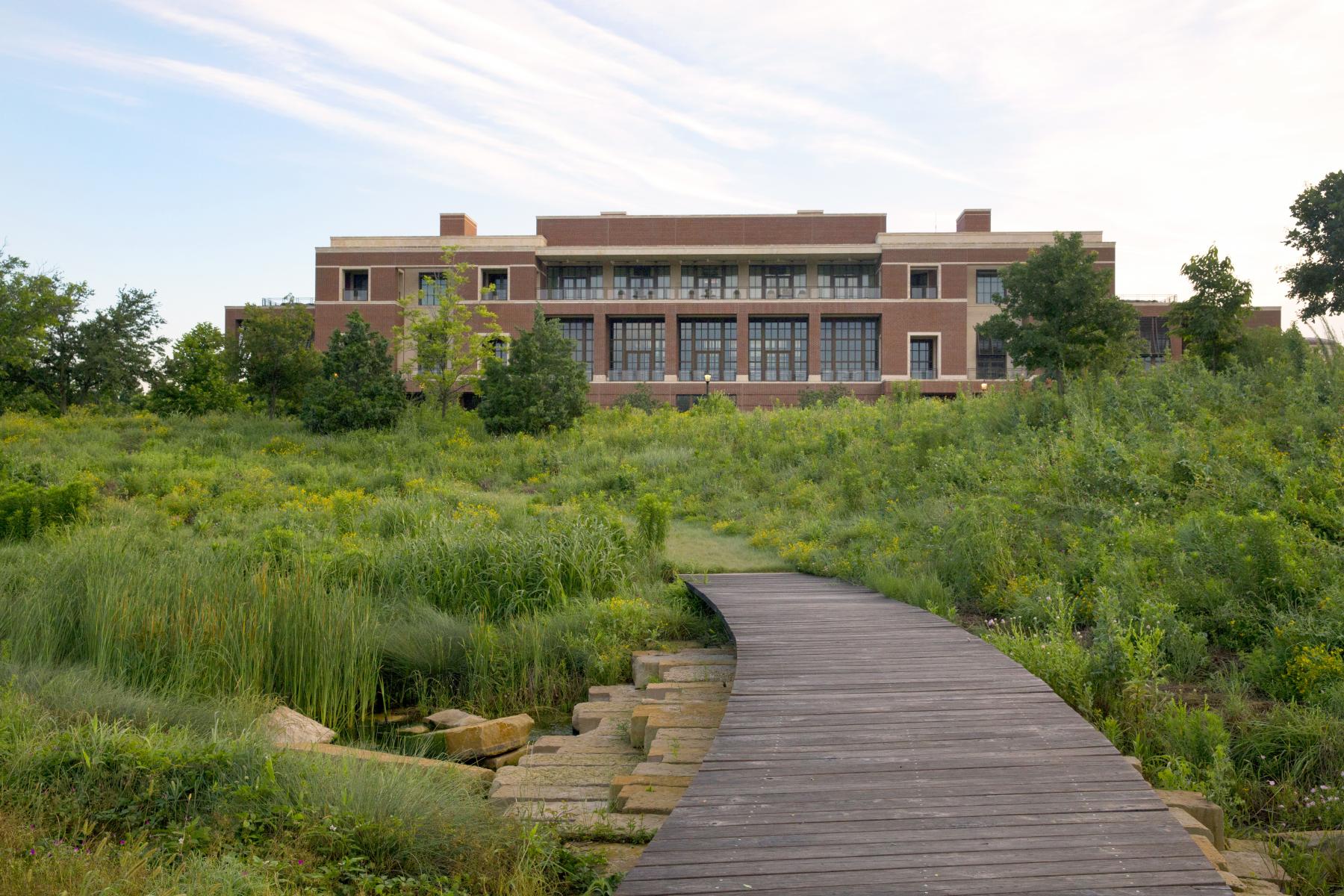 Native pollinators need native plants and natural landscapes to survive. The Wildflower Center helps by creating pollinator habitats in urban planned landscapes such as at the George W. Bush Presidential Center in Dallas and the Mission Reach on the San Antonio River.

The Center also helps gardeners nationwide to select from thousands of plants that sustain bees and butterflies via its Native Plants of North America database and features many at plant sales. Wildflower Center programs and events educate school groups, adults, and children about native pollinators and the plants that they need. Conservation staff collects and conserves seeds of important pollinator plants for future use and research.

Project Milkweed, in particular, increased the abundance of native milkweeds by collecting and distributing seeds of native Texas milkweeds to local growers. Project Milkweed accomplishments include collecting seeds of locally adapted ecotypes of milkweed (Asclepias spp.) within the Texas/Oklahoma monarch migration corridor, growing milkweeds and developing growing protocols and best practices for seedling propagation and distribution, safeguarding seeds of local ecotypes in national and Wildflower Center seed banks, and training citizen scientists to collect seed, grow plants, and increase milkweed populations in their communities. After research indicated that the decline in the number of monarchs overwintering in Mexico was due in part to a lack of nectar species during the southbound migration, Project Milkweed became the model for a similar program to increase the diversity and quantity of nectar species available to volunteer growers. 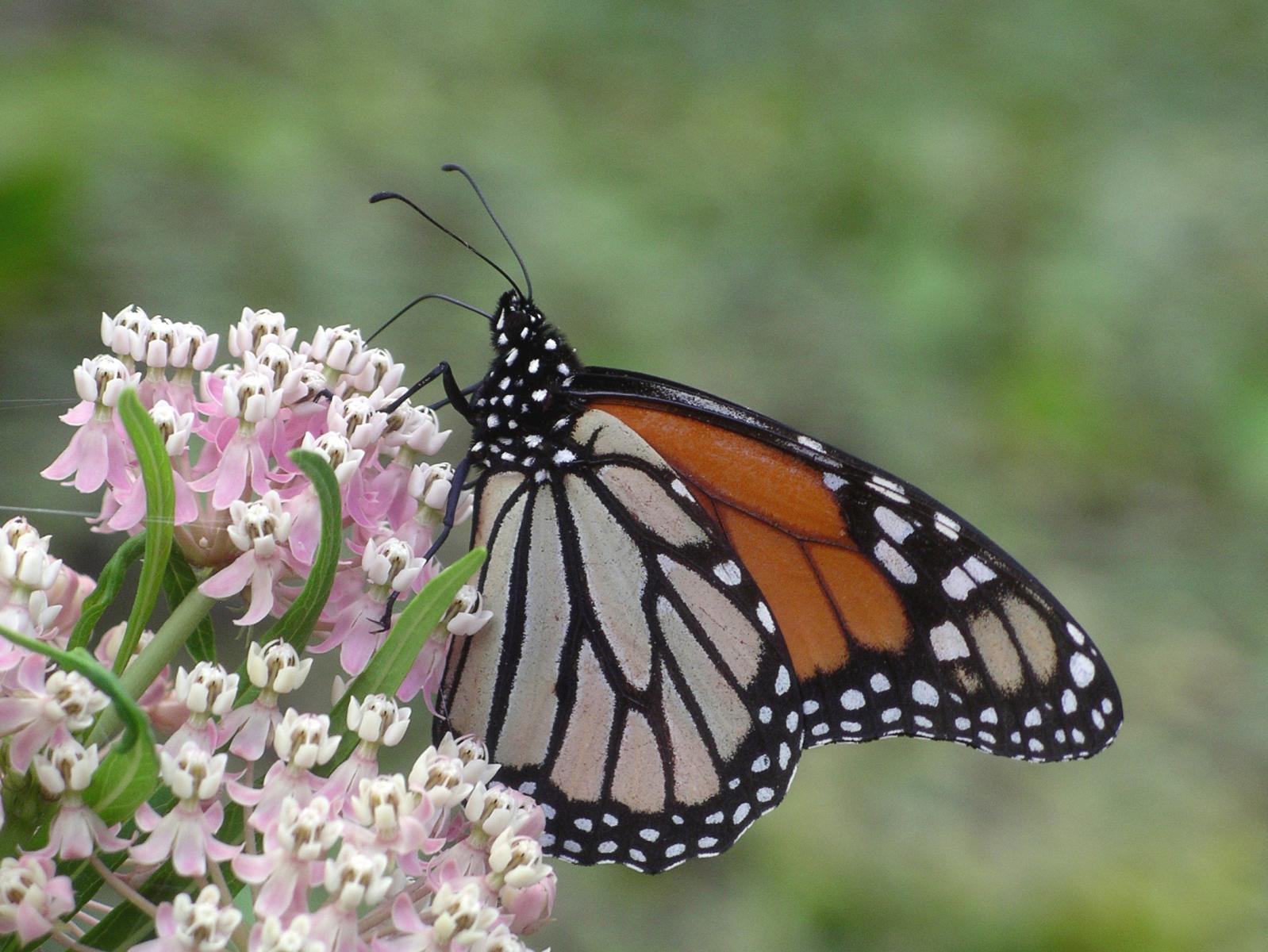 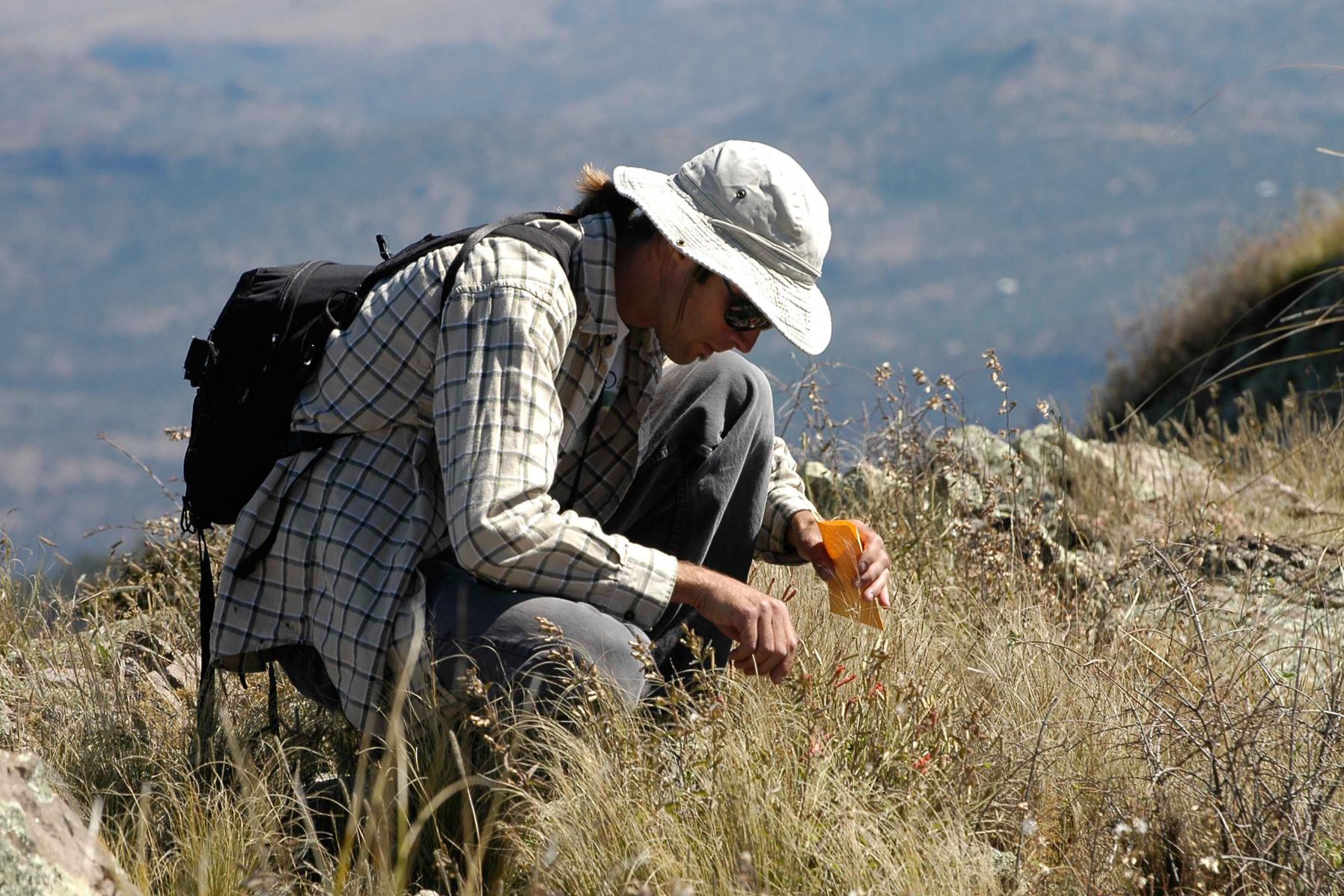 Garden supports use and recovery of native North American species

Through its demonstration gardens/living collections and outreach and education efforts, the Wildflower Center promotes the use of native plants and conservation of wild populations. The Center’s on-site gardens promote the conservation of species where they naturally occur by showcasing native species that can (and should) be used in place of common invasives such as Japanese honeysuckle, Chinese tallow, and Brazilian peppertree. The gardens exhibit, highlight, and inspire an app 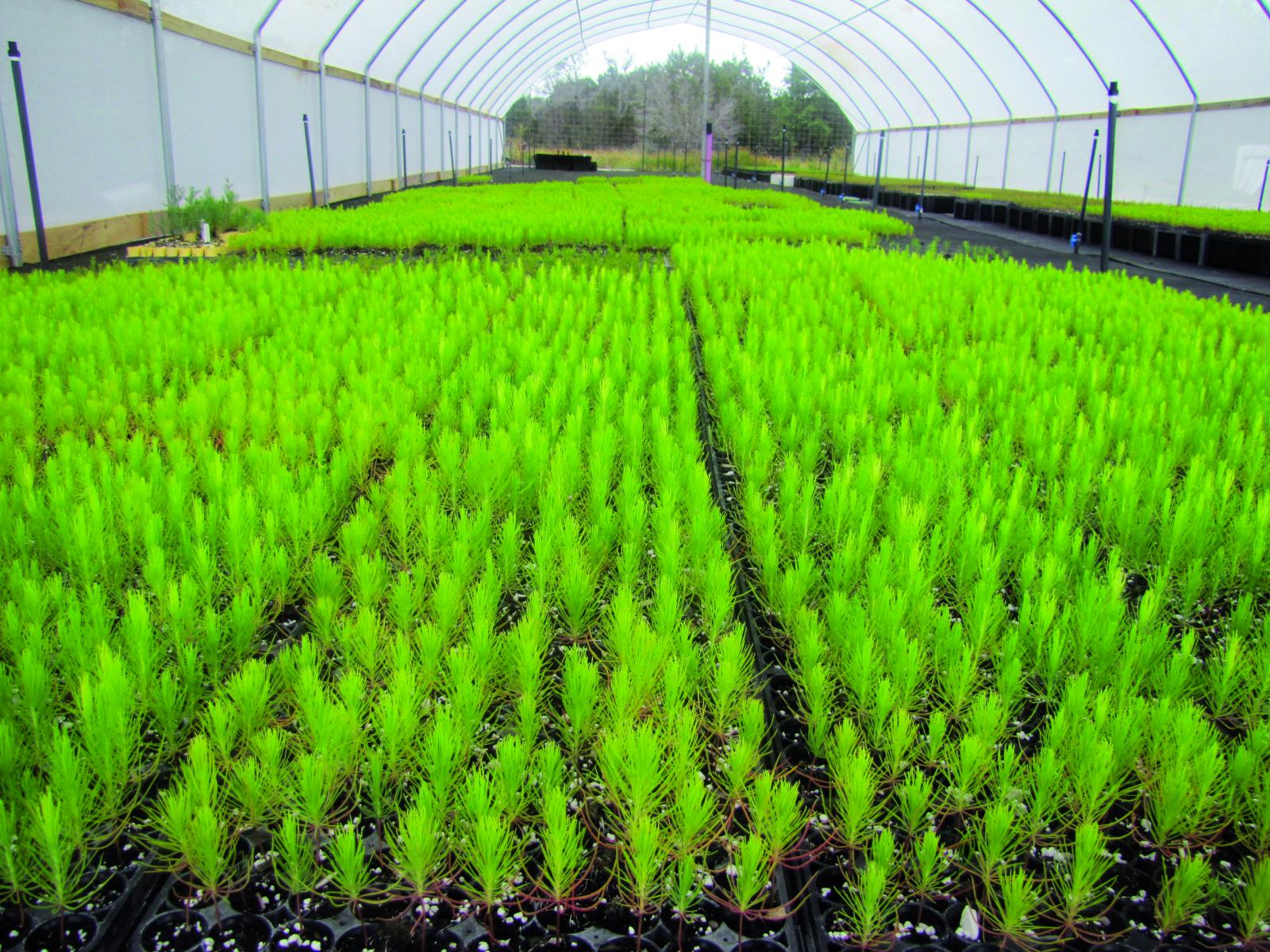 reciation of the floral diversity of Texas; further, they provide the opportunity for guests to take that inspiration home via plant sales, which offer nearly 300 species of Texas native plants to members and the general public.

Relatedly, the Center grew 700,000 Loblolly pine (Pinus taeda) saplings from a unique local genetic source to replenish the Lost Pines area of Bastrop County, which was devastated by wildfires in 2011. The Center helped regenerate public and private lands in the Lost Pines area as a participant in the Bastrop County Community Reforestation Program, a five-year effort funded by the Arbor Day Foundation.

Not only does the Center work toward conserving species through seed collection and research, its greenhouses also provide temporary refuge for SGCN in imminent danger. Roughly 60 endangered Tobusch fishhook cacti (Ancistrocactus tobuschii), for instance, were salvaged from construction sites in 2012 for eventual repatriation into suitable wild habitat. During such plants’ stay at the Center, important information on flowering and growing habits was collected. These research findings help inform future management and recovery efforts for these particular species. Several years earlier, the same was done for Texas poppy mallow (Callirhoe scabriuscula). Working in collaboration with a landowner, Angelo State University, and the Texas Parks and Wildlife Department, the Center collected nearly 2,000 seeds for reintroduction at the rescue site after construction, established over 50 plantings in its tree yard, and collected nearly 5,000 seeds for research, reintroductions, and long-term storage.

Garden has taxa in living collection that are of conservation concern 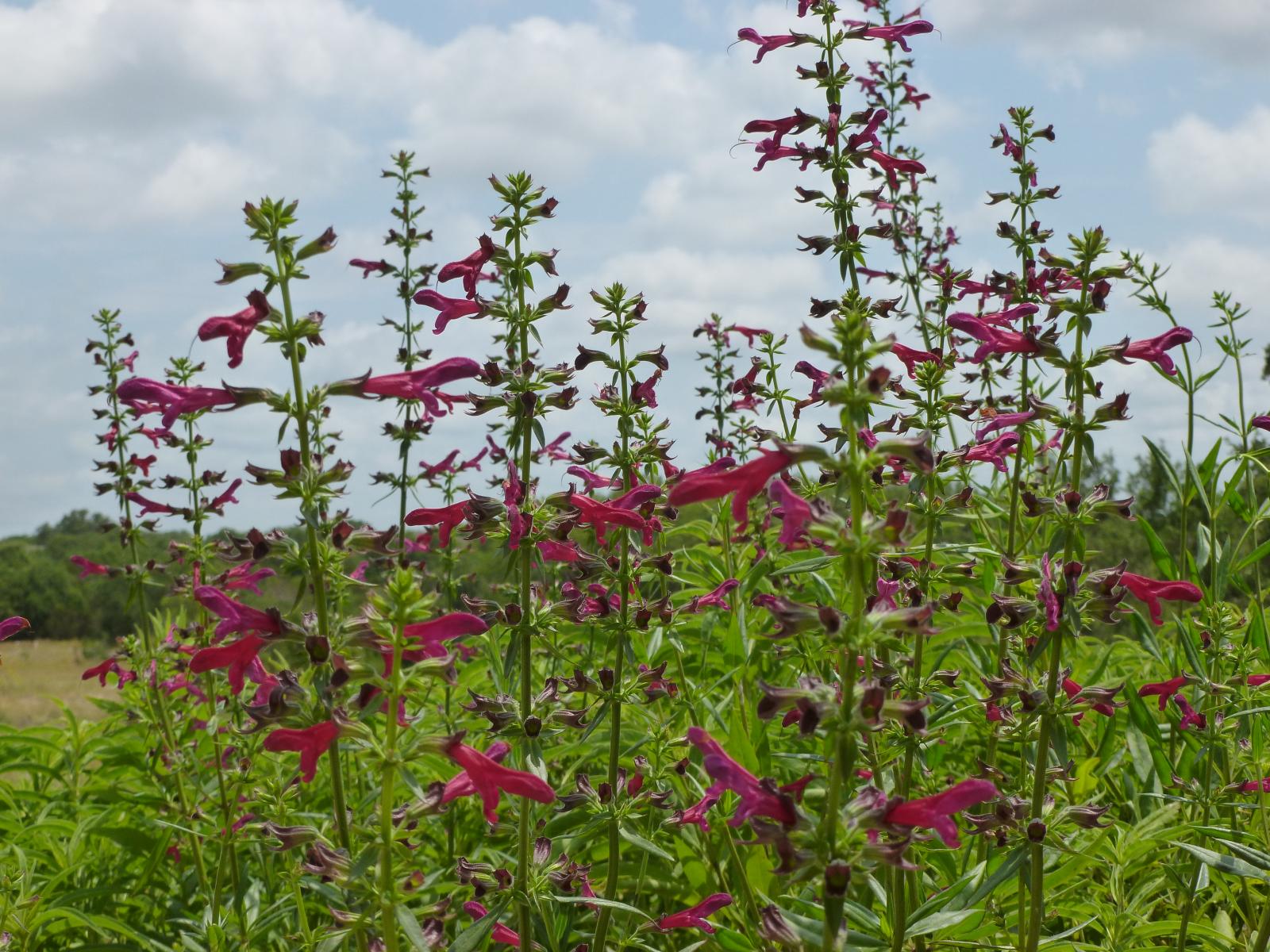 Taxa selected for addition to the Center’s natural areas would most likely have occurred historically in the area, on sites similar to the property or have been sourced from as close to the Center’s site as possible.

As a native plant garden, the Wildflower Center’s practices focus on the recovery and use of native North American species. The Center also supports native plant recovery for other organizations and individuals by offering plants for their restoration projects (see Loblolly pine restoration project above), as well as by selling locally adapted native plants to home gardeners at plant sales—an important step toward converting the cultivated landscape in urban areas and making long-term change one yard at a time. 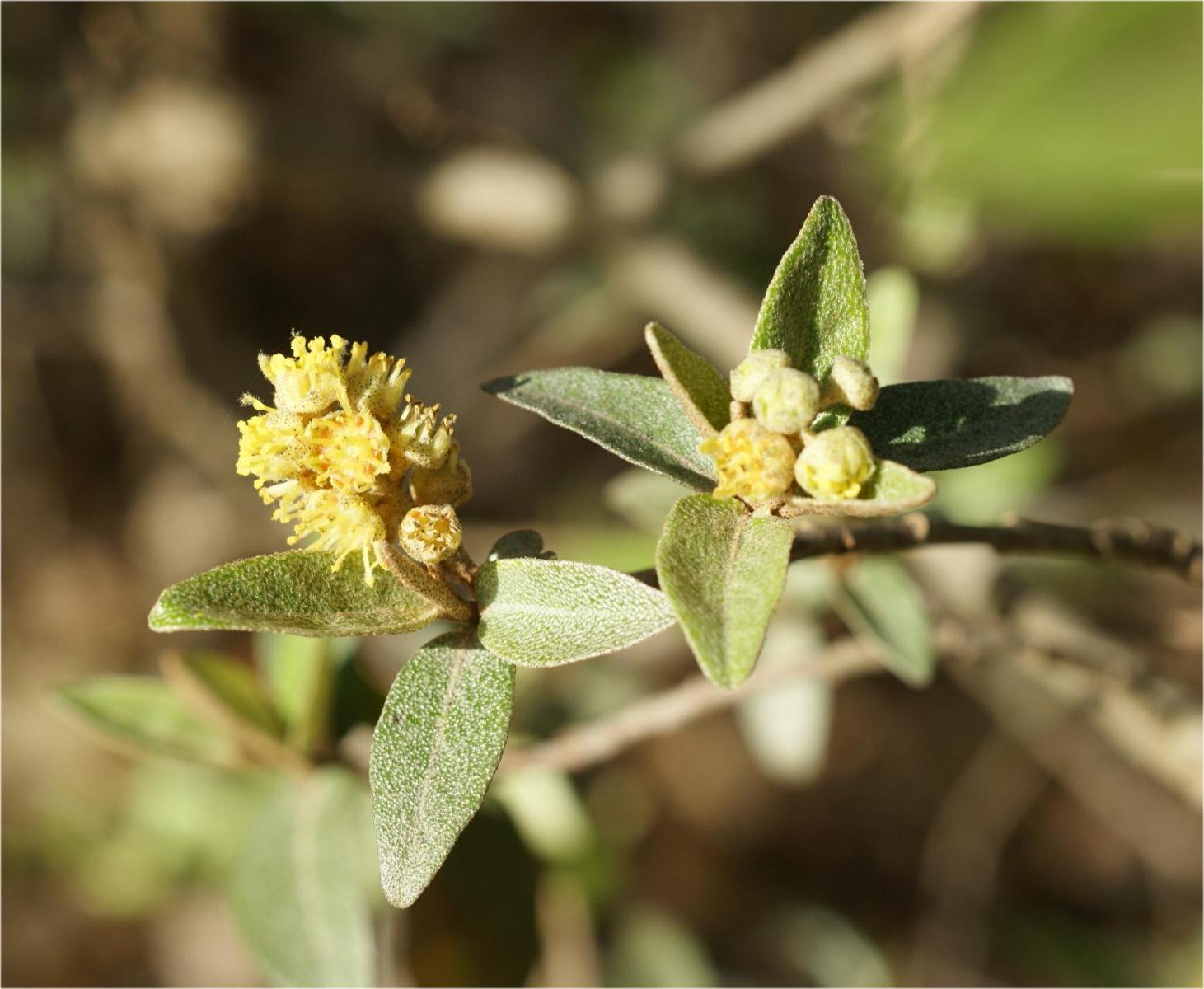 The Center has hosted interns from The University of Texas at Austin’s seed conservation program and is currently hosting a postdoctoral researcher who is examining 20 years of data from the on-site prescribed fire research. The Center also assist with other university research projects when possible. One example is the current effort to conserve native species by sending seeds from Mexican ash trees (Fraxinus berlandieriana) to colleagues at the University of Georgia.

•    Seed collection and seed banking of Texas plants
•    Reintroduction of native species in large landscapes damaged by catastrophic events (fire and floods) and modified by development (agriculture and urban development)
•    Conservation and propagation of threatened and endangered plants in collaboration with the U.S. Fish and Wildlife Service
•    Training of citizen scientists in invasive species identification and control efforts
•    Administration of vegetation surveys for the National Park Service and other entities
•    Development of propagation protocols for Asclepias spp. and other native plants.
•    Participation in educational programs