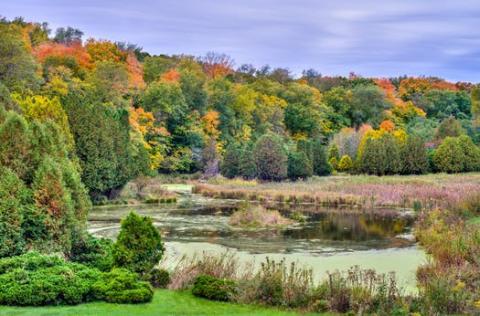 Urbanization, lack of contact with the natural world, and growing up removed from agriculture has contributed to a void of knowledge relating to food and food production, along with a phenomenon known as plant blindness. We sought to change this lack of appreciation and understanding of plants by the creation of a “top 10” list of plants that have most shaped or influenced our respective states.

Using the public interface of the Minnesota Landscape Arboretum and the State Botanic Garden of Tennessee, we engaged the public by asking for their nominations of influential plants. The public was interested in proposing and guessing the “winning” 10 plants and learning why each
plant was selected. In each state, a panel of experts used six criteria to make the final selections
including: cultural or spiritual, economic or industrial, environmental, health, historical, landscape, and sustenance or food. After the results were announced, multiple institutions have held educational events using this theme, including state historical and horticultural societies, universities, botanic gardens, schools, Extension Master Gardeners, 4-H, Ag in the Classroom, and alumni associations. This article outlines how these educational campaigns were developed as well as the programs, events, and publications that were created to educate the public and the next generation about the critical importance of plants and how they contribute to our society, health, and well-being. As Peter Raven (Emeritus Director of the Missouri Botanic Garden) said when reviewing the book The 10 Plants that Changed Minnesota, “every state would benefit from a similar effort.”