Planting Seeds of Freedom in the Pecos Valley of New Mexico: How Blackdom Grew Its Roots through Dry-Farming 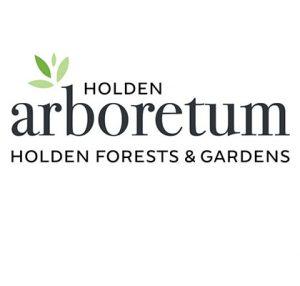 With a background in systematics of algae as an undergraduate researcher, Ms. Allen has since gone on to work in marine, fresh-water and terrestrial systems. Ms. Allen also was a participant in the National Science Foundation’s Advancing Digitization of Biodiversity Collections Project as an undergraduate, where she contributed to this important effort to make academic collections more accessible to the global research community and the public. She conducted her MS thesis work on resolving the phylogeny of Glossopetalon, a small genus of flowering shrubs native to SW North America using restriction site associated DNA sequencing (RAD-seq). Ms. Allen has transitioned to exploring research questions focused on the phenotypic plasticity’s role in evolution and patterns of plasticity throughout species ranges. As a graduate student at UNM she is a mentor to students from underrepresented groups through the Project for New Mexico Graduate Students of Color program and as a Research Coaching Fellow.

This lecture series will take place entirely online, with a new speaker on the second Wednesday of the month from October 2020 to September 2021. Our Scientist Lecture Series this year was inspired by Black Botanists Week, a Twitter campaign that took place in July 2020, “to promote, encourage, create a safe space for, and find more Black people who love plants.” This campaign went viral, reaching thousands of viewers and attracting Black Botanists from around the globe. The participants received an outpouring of support and requests for collaboration through their newly created #BlackBotanistsWeek Twitter account and website . Media coverage of this movement included such outlets as WNYC news, Cape Talk Radio, Newzroom Afrika and The Daily Item. The organizing committee strives to leverage these collaborations to fund a Black Botanists Week Scholarship to support underrepresented groups in pursuing botanical fields.

This 11-part lecture series will cover a broad range of botanical disciplines, delve into the historical legacy of formally trained and self-taught Black Botanists who inspired others to pursue a career in plants, and highlight pathways toward diversity and inclusion in botanical sciences. With this series, the organizers and contributors seek to shine a light on the Black roots within botany, foster a community of Black Botanists, show that diversity is found within this community, and inspire others who may not have considered Botany as a career choice.

To register for other lectures in the series, visit our website at https://holdenarb.org/visit/events-le...