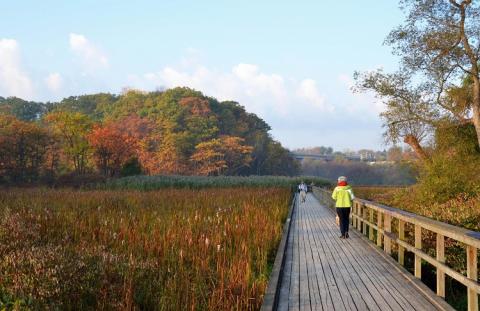 For many species and seed sources used in restoration activities, specific seed germination
requirements are often unknown. Because seed dormancy and germination traits can be
constrained by phylogenetic history, related species are often assumed to have similar
traits. However, significant variation in these traits is also present within species as a result
of adaptation to local climatic conditions. A growing number of studies have attempted to
disentangle how phylogeny and climate influence seed dormancy and germination traits,
but they have focused primarily on species-level effects, ignoring potential population-level
variation. We examined the relationships between phylogeny, climate, and seed dormancy
and germination traits for 24 populations of eight native, restoration-relevant forb species
found in a wide range of climatic conditions in the Southwest United States.
Results of this study deepen our understanding of the relationships between source climate,
species identity, and germination, leading to improved seed sourcing decisions for
restorations.