Echinacea for the Mid-Atlantic Region 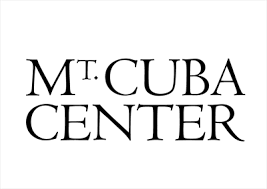 Echinacea, also known as coneflowers, are immensely popular and iconic native plants that are prized for their beauty as well as their purported medicinal qualities. The nine species of Echinacea are native to North America and are primarily found in the central and southeastern United States although some populations of Echinacea angustifolia extend northwards into southcentral Canada. Since the 1990s there has been a boom in Echinacea breeding that has resulted in large numbers of Echinacea cultivars being introduced to the horticultural markets in Europe and North America. Today Echinacea come in a broad spectrum of colors and flower forms that offers seemingly endless garden diversity within a single genus.

Mt. Cuba Center’s trial program previously evaluated the genus Echinacea in 2007-2009. Since that time many more coneflowers have been introduced and our current evaluation aimed to incorporate some of those newer cultivars and compare them against some of the tried and true top performers from the first trial. In addition, Mt. Cuba also conducted a pollinator survey to determine the Echinacea that were most attractive to pollinating insects. This data was collected and compiled by the Pollinator Watch Team, a group of dedicated citizen scientists who observe and tally insect visitation to help determine ecological value of plants in our trials. For Echinacea, special attention was paid to the difference between single and double flowers in their ability to attract pollinators.