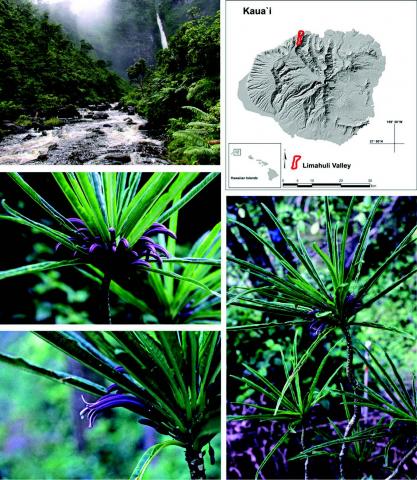 With 90% of its nearly 1,400 native plants classified as endemic, Hawai'i has one of the highest levels of endemism of any floristic region of the world. Although Cyanea is one of the most species-rich flowering plant genera in Hawai'i, nearly half of the known species are considered Endangered or Critically Endangered by the International Union for Conservation of Nature (IUCN) red list of threatened species and about 22 taxa are considered extinct in the wild.