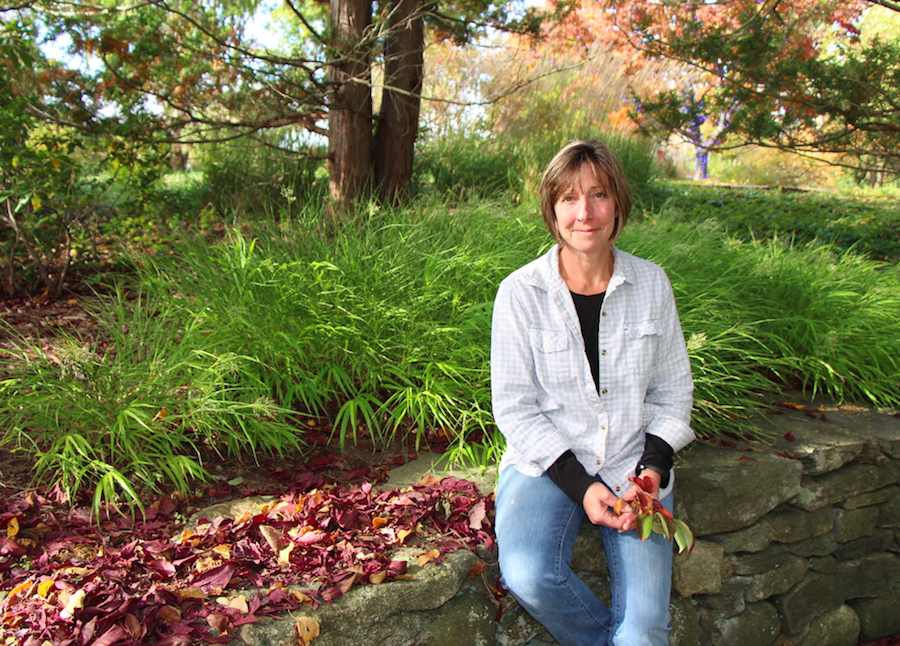 After nearly 30 years in the lead horticulture role at Tower Hill Botanic Garden, founding director of horticulture, Joann Vieira, will be leaving the organization on March 23. Vieira began her tenure at the garden in the spring of 1988, just two years after it opened in Boylston. She was instrumental in developing the gardens and collections and in furthering the goals of the institution through its formative years, according to staff leadership.

“We’re deeply grateful to Joann for all she has contributed to Tower Hill,” said Grace Elton, CEO of Tower Hill Botanic Garden. “Joann has been an integral part of our growth and development and has brought her passion for plants to her work every day for nearly thirty years. I wish her the best and look forward to future opportunities to collaborate with her.”

Joann previously served as the president of the Horticultural Club of Boston, member of the Awards Committee for the American Public Garden Association, on the board of the Ecological Landscape Alliance, and on many of the committees of Tower Hill. She has also contributed her expertise to horticulture projects throughout the region.

“It has been a privilege to have the opportunity to contribute to the development of Tower Hill from nearly its inception,” Joann said. “I have had the pleasure of working with so many talented, loyal, and generous people. I couldn’t have asked for more than to be able to share my passion for plants with our many visitors and members and with horticulture professionals in the region. I’m excited by the tremendous growth we’ve achieved and by the ways in which we’ve expanded our impact in the greater Worcester community. I look forward to enjoying Tower Hill as an admiring visitor and to continuing to support the garden’s success and its leaders, staff, and volunteers.”

Joann is planning to use her passion for horticulture and the natural world to continue to connect people with the power of plants.

“I’ll think of her each time I see our daffodil field bloom and the lights twinkle during Winter Reimagined,” said Jim Karadimos, president of the Worcester County Horticultural Society. “Joann has left an indelible mark on Tower Hill. On behalf of the board, I want to thank her for all she has done to advance the garden and wish her the best in her next adventure.”