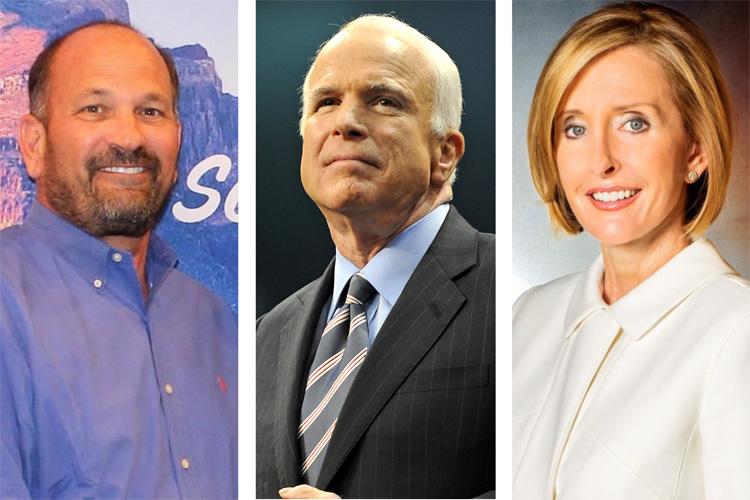 The 2020 event will also include the first-ever Person of The Decade award honoring the late Senator John Sidney McCain III for his impact on Arizona. This once in a decade award will go on to recognize other once-in-a-decade-leaders and ‘doers’ whose grit and determination in taking on and solving Arizona’s most pressing issues mirror Valley Leadership’s five principles of doing and commitment to cultivating leaders who work to get things done civilly.

Continuing Valley Leadership’s Pivot Toward Impact, this year’s gathering will feature a new format leading with the organization’s first annual Impact Expo highlighting the formation and progress of four Impact Teams including Education, Health, Child Well Being and Jobs & The Economy. The Impact Expo will gather Arizona’s diverse leadership to highlight progress and create meaningful interactions with the teams tackling these first four issues.

The newest inductees will be formally recognized at an evening celebration on April 2, 2020 at the Scottsdale Center for the Arts. For more information call the Valley Leadership office at (602) 952-6760 or visit valleyleadership.org.

Kenneth J. Schutz, Desert Botanical Garden Director, has held executive leadership positions in cultural institutions for more than 30 years.  He has been with the Desert Botanical Garden since 2001 and during his tenure he has managed construction of $35 million in new facilities, more than doubled local attendance, initiated a number of exciting new education and research projects, and raised more than $15 million in gifts and pledges for the Garden’s endowment. Ken currently serves on the board of the Institute for Museum and Library Services (IMLS) and as an accreditation commissioner for the American Alliance of Museums.  Ken formerly served on the boards of the American Public Gardens Association and the Center for Plant Conservation.  Prior to moving to Phoenix, he served as the Executive Director of the Science Museum of Western Virginia, and before that he was Director of Marketing and Development for the Baltimore Zoo. He holds an MBA degree from the University of Virginia, an MS degree from Johns Hopkins University, and a BS degree from Bucknell University.