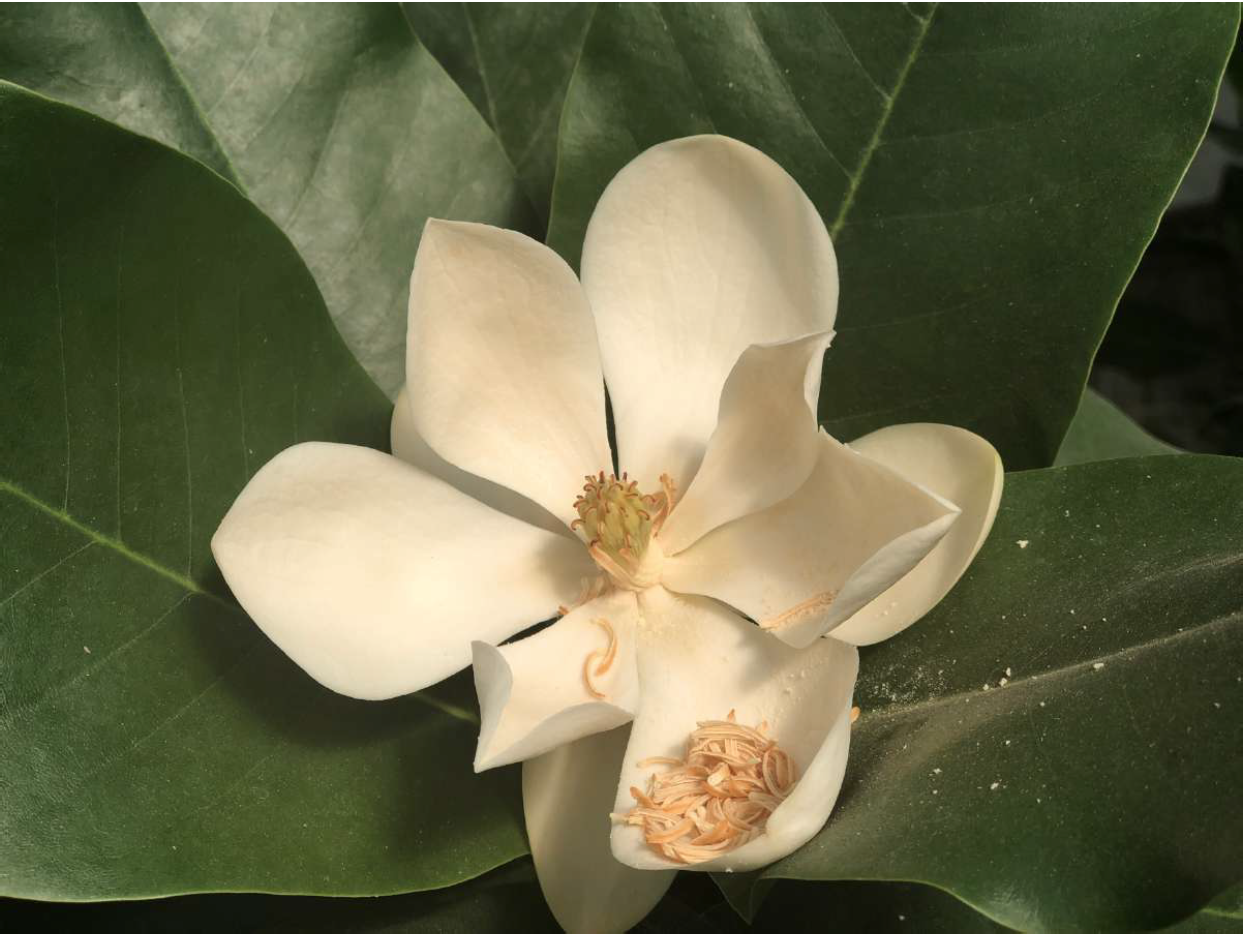 Magnolia vallartensis is blooming in cultivation for the first time! The species was described just seven years ago by researchers from the University of Guadalajara, led by Drs. Antonio Vázquez and Miguel Ángel Muñiz Castro. The discovery of a unique and magnificent tree with spectacular blossoms and a tiny endemic range, limited just to the mountains right outside of Puerto Vallarta, created an instant sensation among plant and garden communities both throughout Mexico and abroad. Leaders in Puerto Vallarta’s city government immediately realized the potential of this new species bearing the city’s name as a symbol for the community and promptly passed a resolution naming Magnolia vallartensis as the city’s official tree and official flower.

A local collaborator of the researchers, Ricardo Díaz Borioli, offered to cultivate seeds for public display in Puerto Vallarta and Cabo Corrientes. When Borioli’s seedlings matured to just over knee high he presented two to the Vallarta Botanical Garden and one for a public tree planting ceremony near the Instituto Vallartense de Cultura on the Cuale Island. The specimen on the Cuale is no longer to be found where it was planted and is assumed to not have survived, but the specimens at the Vallarta Botanical Garden now measure over 4 meters high with trunks over 25 cm in diameter. These trees are now so large that horticulturists at the Vallarta Botanical Garden must prune them and train them with cables and braces to stay within the confines of its Vallarta Conservatory of Orchids and Native Plants.

The dedicated staff who have been carefully attending to these trees for nearly 5 years have hardly passed an opportunity to gaze upon their uppermost branches in eager anticipation of their first flower buds. The upward facing flowers atop tropical magnolias are notoriously hard to spot from the ground as the lush large evergreen leaves of this tree often easily conceal them from a terrestrial observer. But in late March, Robert Price, the Garden’s curator and founder, detected a captivating fragrance with hints of pineapple and citrus. Immediately he began peering up, attentively scanning the uppermost surfaces of these trees and moving from one vantage point to another.

His attentiveness was rewarded when he saw a pinkish blossom about the width of his palm. Closer inspection revealed it to be a bloom in its second day with freshly fallen pistils cradled in the cup-like grasp of a lower tepal. Bringing his nose right up to the flower he was met with the full force of a heavenly aroma that defies description in mere words.

Upon closer inspection of both of the Vallarta Botanical Garden’s Magnolia vallartensis trees, Mr. Price was amazed to see several buds heralding what is sure to be a whole season of crowd-pleasing blooms. This comes in perfect timing for Semana Santa (Holy Week), a popular time for Pata Saladas (native Vallartans) to leave the seasonally crowded beaches and spend a day in the calm serenity of the Garden. This is also right on time to help inspire votes for the last push for the Vallarta Botanical Garden to place in the 2019 USA Today Reader’s Choice Contest for Best Botanical Garden in North America. The Vallarta Botanical Garden is the only Mexican garden to have been nominated for this highly competitive contest, which, at the time of this article, it is currently on the leaderboard in the number 6 position.

There’s always something new in bloom or in fruit at the Vallarta Botanical Garden, but the new flowers of Magnolia vallartensis are a great excuse to rush back for a visit sometime very soon.