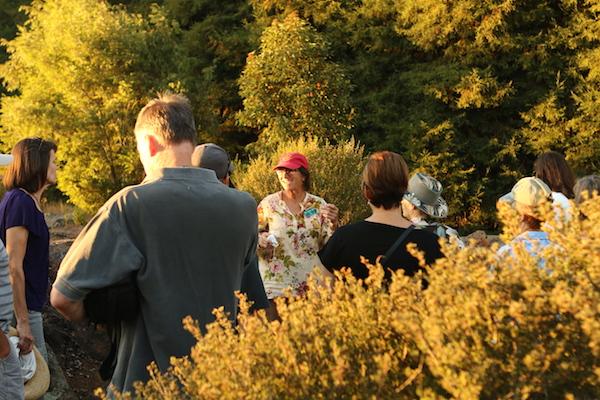 The Arboretum's 50th Anniversary Jubilee Fundraiser was a huge success. Despite the heat (it was 112 degrees in the sun), over 225 people attended the event which was held under the natural canopy provided by the Peppermint Gums (Eucalyptus radiata) in Australian Picnic Grove.

The event raised $38,000, surpassing the stated goal of $25,000 due to the support of local business and individual event sponsors.

Former Speaker of the California Legislature, environmental advocate and local hero Fred Keeley gave a rousing talk and pitch that stressed the importance of the work of the Arboretum and community support for it. Honorees at the event included three people central to the founding of the organization and its growth thus far, including Brett Hall, who has worked for the Arboretum for 40 years. Additionally, three exceptional students were acknowledged and praised for their dedication to the Arboretum and their dedicated environmental stewardship.

The event included wine tasting provided by eight boutique local wineries and music by James Durbin, a finalist in American Idol(TM), and by Jimmy Chickenpants, a local bluegrass group.