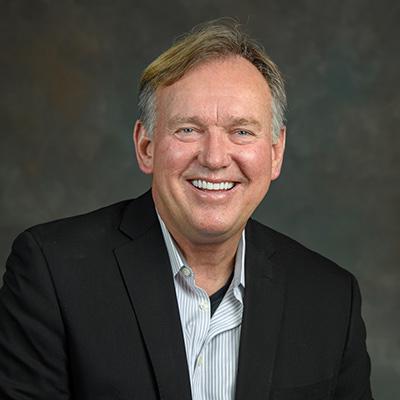 TULSA, Okla.  – Chuck Lamson has become the new President and Chief Executive Officer of the Tulsa Botanic Garden in Tulsa, Oklahoma. Lamson is the former majority owner of the Tulsa Drillers, the Minor League Double-A affiliate of the Los Angeles Dodgers based in Tulsa.

“We are thrilled to announce that Chuck is joining our staff. He is known to be a visionary and a sheer force within our community. We welcome his energy and drive in bringing Tulsa Botanic Garden’s vision to fruition,” says Janice Chevaillier, chair of the Botanic Garden’s board of directors.

Lamson’s career at the Tulsa Drillers began in 1979 as a player. His 30-year front office career started as a groundskeeper and culminated as President and majority owner. He was instrumental in helping to get ONEOK Field, a $40M ballpark built in downtown Tulsa in 2010. He sold his interest in the team at the end of 2010.

“The Tulsa Botanic Garden is a great community asset. I am excited about the opportunity to continue the vision of the founders in making the Garden a world-class attraction for Tulsa and the surrounding region,” Lamson says.

Since 2011, Lamson has served as President of Southpaw Sports Consulting, which works with buyers and sellers of minor league baseball franchises across the country. He also served as an Executive in Residence at the University of Tulsa, where he oversaw all Marketing and Management internships at the Collins College of Business as well as teaching sports management classes.

Tulsa Botanic Garden is developing on 170-acres northwest of downtown Tulsa with a master plan including a total of 60 acres of gardens planned and 100 acres of native prairie and forest. In 2015, the first garden from the master plan, the A.R. and Marylouise Tandy Floral Terraces was opened. The following May, a two-acre Children’s Discovery Garden opened. The J.E. and L.E. Mabee Grange, a 2,400 sq. ft. building for Garden activities as well as private events, was completed in late 2017.

The Garden recently announced a major gift and unveiled plans for the Bumgarner Lotus Pool, a water garden which is slated to go under construction in 2021.

Tulsa Botanic Garden is an all-season oasis blooming in the Osage Hills northwest of Tulsa. The A.R. and Marylouise Tandy Floral Terraces feature over 8,000 plants with seasonal beds, beautiful art deco designs and water features, and a spectacular spring display of over 100,000 bulbs. The Children’s Discovery Garden is a wonderland of interactive fun for the whole family including the iconic Spring Giant, spitting animal fountains, carnivorous plants, Sensory Walk, whirligigs, and the Tree Fort where the canopy provides a natural backdrop for storytelling and imaginative play. The Lakeside Promenade gracefully encompasses a seven-acre lake, and the Cross Timbers Trail provides a 1.5 mile hike through the trees.