The Passing of Legendary Plantsman and Professor Harrison Flint 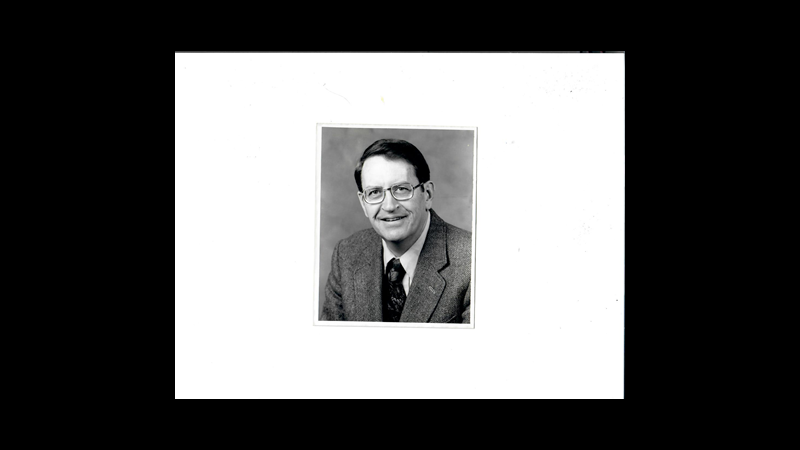 Harrison Flint, Purdue University Professor Emeritus of Horticulture, died on April 11. Respected as both scholar of woody plants and inspiring educator, his passing is mourned by his family, colleagues, and students.

Over his near 30-year career at Purdue University (1968 – 1997), Flint advised over 300 horticulture undergraduates, including some 150 in a special program he created called the Professional Plantsman (PLANTPRO) and later renamed the Public Horticulture major. These and other students he adopted went on to populate gardens, arboreta, universities, and other institutions across North America and beyond.

Professor Flint instructed several classes at Purdue, including one on planting design (co-taught with landscape architecture faculty), as well as a non-technical, horticulture writing course. However, it was HORT 217 – Woody Landscape Plants – for which he was best known. This arduous yet rewarding class taught 1000s of horticulture, landscape architecture, and urban forestry students not just to identify trees and shrubs (often when leafless), but also their stress tolerances, landscape usage, and cultural histories. For those wanting more, there was HORT 527 – Advanced Woody Plant Systematics – which required deep-thinking, independent scholarship, and a great deal of writing. While on the road for weekend fieldtrips to gardens across the Midwest, students and professor held philosophical discussions and quizzed each other using Rehder’s Manual.

Flint was a prolific author in popular and trade magazines, often recommending plants of merit to horticulture. One of his several books (Landscape Plants for Eastern North America) became a respected textbook and go-to reference for landscape architects and horticulturists. In its 2nd edition, it continues to be held in high regard for Flint’s trustworthy, objective assessments. He dedicated the book to his students. His counsel to the nursery and landscape industries, as well as the public gardens community, was often sought out and always respected.

Flint’s keen understanding of woody plants’ stress tolerances was borne out of his own experiences as a scholar. Much of his and his graduate students’ research focused upon cold hardiness in trees as a function of provenance, integrating ecological perspectives into horticulture.

The antithesis of a self-promoter, Flint was a modest man who expressed clear interest in other’s well-being and a strong dedication to social issues. While on sabbatical he partnered with Alabama A&M University to find ways to strengthen minority representation in the field of horticulture; while on another sabbatical at Iowa State University, he delved into agricultural bioethics. Flint received multiple awards for his teaching and advising. In 2002 he was honored with the prestigious Arthur Hoyt Scott Medal from Swarthmore College, the pinnacle in American horticulture. That same year, accepting the American Public Gardens Association’s Award of Merit, he emphasized to conference attendees how public gardens must exist for all, not just prominent donors and those who could afford admission fees.

Horticulturist at the Arnold Arboretum of Harvard University where he curated the living collections with Donald Wyman.

Flint is survived by his wife Terrie Kercher; daughter Lynn, and sons Joe, Bill and John; stepson Shane and stepdaughter Tracy; as well as their spouses and grandchildren. Plans for a memorial service this summer are forthcoming. Because of his dedication to students, contributions in memory of Flint may be made to the HLA Horticulture Scholarship at Purdue University.