The Owners of Vallarta Botanical Gardens are Thinking Big 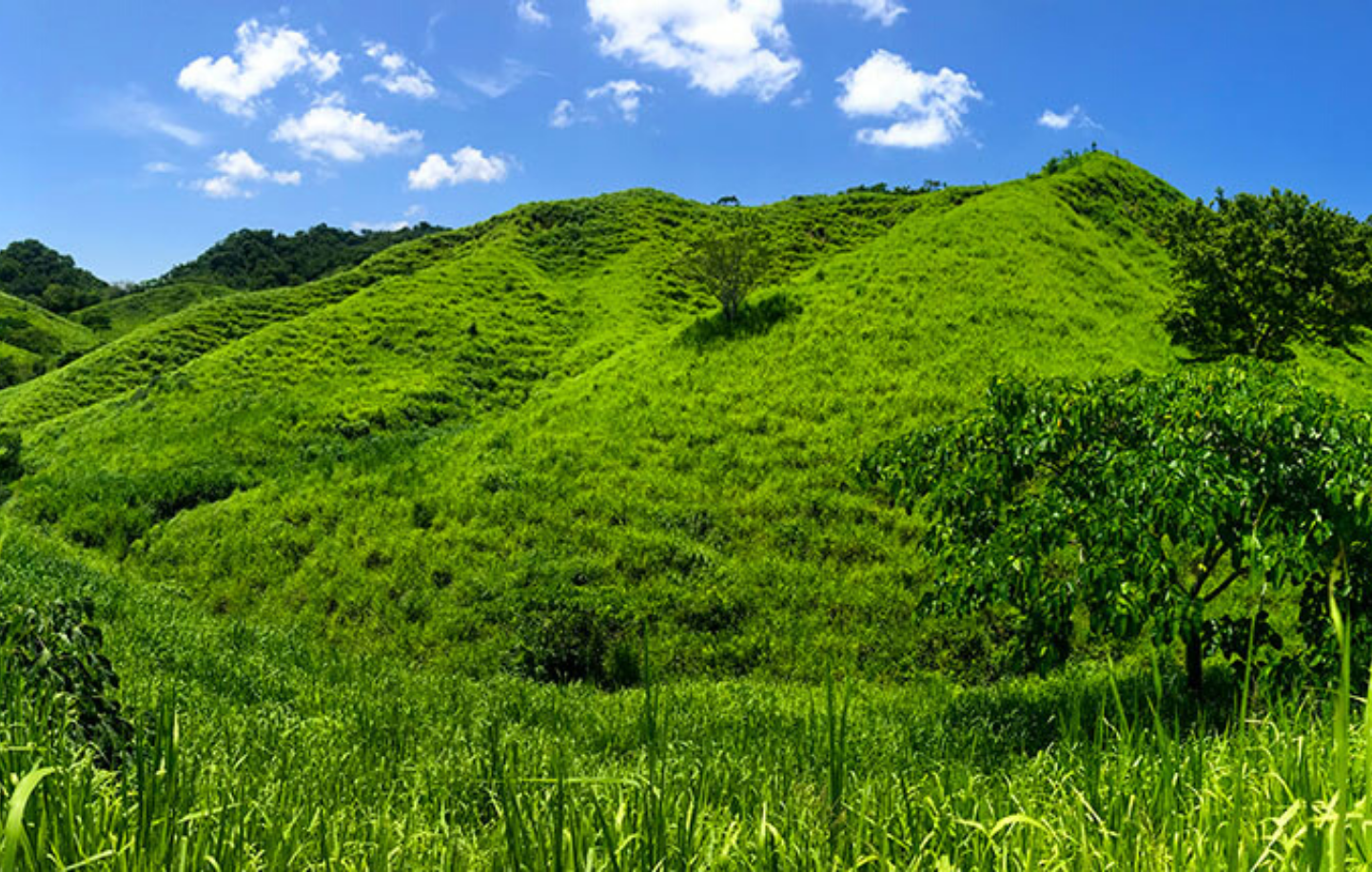 They would like to see the entire Horcones river watershed in Jalisco declared a natural protected area.

Five minutes into our hike and we are crossing the Los Horcones river in our underwear. Well, everyone, that is, but me.

Already balking at the thought of wearing pants in the 32-degree, 100% humidity weather, I refused to add another layer below them. I will walk the rest of the two-hour hike with wet pants.

Add to that discomfort the strips of red around my ankles from plantas quemaduras (burning plants), the dozens of mosquito bites, my already sunburned body from the previous day on Jalisco’s coastline and the cold I am fighting off, and it’s going to be one hell of a hike.

When Neil Gerlowski, executive director of the Vallarta Botanical Gardens, invited me to bushwhack through their newly acquired property I don’t think I fully grasped that it would require a machete and a waist-deep river crossing. As it turns out, neither he nor founder Bob Price, who set up the Gardens in 2004, have been through this part of the near-virgin forest that surrounds their center.

This would be a first-time exploration for everyone except Jesús Reyes, the Gardens’ general director, who is casually cutting us a path at the front of the line in sandals and shorts.

The botanical gardens sit on the boundary between tropical dry forest and the high pine-oak forest in northwestern Jalisco near Puerto Vallarta.  The land butts up against parcels that belong to other owners, where grazing cows have left us little reminders of their passage in the form of cow patties and the psychedelic mushrooms sprouting from them.

At random intervals we have to pass underneath barbed wire fences as we crisscross the property line. In the satellite view that Gerlowski shows me later on his phone, the cleared areas that surround the forest are stark against the foliage we now walk through.

Sliding down an embankment we find wild vanilla creeping up a tree trunk. Gallitos with their bright red and green pistils litter the ground. I point to a feathery flower the color of sunset and comment on its beauty to Price.

Here there are ants as big as dimes that wait to chomp on exposed ankles. A nest of electric green and yellow barbarindio caterpillars clings to leaves the same color as their flesh, daring you to get to close enough for them burn your skin. It’s an exotic dance of survival as a strangler fig slowly squeezes the life out of the trees that support it and the sandbox tree spits out its seeds that only a handful of birds can eat without getting sick.

The land takes practice to walk through. Price, with his wide-brimmed hat and hiking boots, is doing a much better job of protecting himself than I am.

Price grew up on a farm in the middle of nowhere, he says, as we hike along a path that has only seen a dozen or so footprints this year. “I always wanted to get back to the land,” he says, “I guess I did that.”

I guess he did. He started the Gardens during what he describes as a moment of crisis in his life. “I was so tired of how things were going in the States, and I just felt like I could do nothing about it. I thought maybe I could make an impact in a place like Mexico.”

During a trip to Puerto Vallarta he visited and fell in love with a tract of land far away from the city’s high-end hotels and glittering beaches, and decided that he would try his hand at starting a botanical garden for safeguarding some of the beautiful endemic plants of the area.

“My mother always said, ‘You love plants, do something with plants,’” he tells me. His mother, in fact, went on to be his business partner and lived here on the property until her death in 2015. The Gardens have over 1,000 species of plants on display and have catalogued 200 more in the surrounding forest. With further study, they expect to discover at least 100 more species.

As we walk we’re insulated from the sounds of human activity except for the occasional plane overhead and the clang of the machete as it cuts through brush. But the encroachment of development is not as far away as the Gardens would like.

We pass a Palo María tree that’s been illegally cut and hauled away (they fetch close to US $10,000) and on the drive in to the Gardens this morning Gerlowski pointed out the nascent signs of development along the road – a barbed wire fence here, a cement slab there, earth that has been carved out of the ridge of the river’s canyon for the entrance to a future house or hotel. There are legal and illegal construction projects galore.

For those reasons and many others, the Jardín Botánico is working to purchase the land that surrounds it and create a buffer zone from development that will protect this forest and its inhabitants. Even as Gerlowski starts to talk about bringing scientists out to study the local flora and fauna, Price interrupts him:

“The truth is we really don’t want anyone out here. We just want to leave it be and let it be natural.”

That’s a more complicated and expensive task than one would expect. The Gardens already own 32 hectares (about 80 acres) of the surrounding land and is working with donors to acquire more, but they would need thousands of hectares to preserve the local jaguar community, for example, which needs massive tracts of land for migration and to ensure their genetic health.

They can protect the river otters on their land, but must worry about someone damming the river higher up. They can provide shelter for migratory birds, but they won’t survive without the surrounding habitat.

These and other factors have made the Gardens’ owners think bigger. They are avidly promoting an online petition started by Rafael Guzmán, one of Mexico’s foremost botanists, and other activists to declare the entire Horcones river watershed a natural protected area.

Just this week the petition hit half a million signatures. It doesn’t go into specifics on surface area but Gerlowski estimates that the watershed is about 160 kilometers square and the Horcones river canyon where the Gardens sit is only about 5% of that.

The Vallarta Botanical Gardens is a federally accredited Wildlife Management Unit and is pursuing a voluntary conservation land designation through a federal program managed by Conanp, the Natural Protected Areas Commission. To truly protect the area, other local landowners would also have to sign on to the program, a requirement not without its difficulties.

The program provides a small payment for dedicating your land to conservation but certainly not enough to compensate for lost grazing or farming land, or even more lucrative pursuits like selling it for development. The Gardens hope to lead by example and present ecotourism as a possible alternative income stream for folks in the region.

Another tactic to strengthen their case for protected status is to partner with Panthera, the world’s leading organization in the preservation of big cats in the wild, to set up camera traps that might provide visible proof of the threatened species in their midst.

Even if the area is granted these protections, Mexico has a mixed track record in actually preserving federal designated areas from development and damage, especially in regions where tourism, ecology and local politics converge. In a place like Puerto Vallarta, so heavily dependent on tourism, the struggle between conservation and development can be seen along every shoreline and on every highway.

The balance between growing the local economy, giving visitors the paradise they want and preserving the natural attractions they come to see (and that the region depends on) is a longstanding tug of war. The Gardens hope that even if local support isn’t forthcoming they can bring some international attention by supporting the online initiatives and educating visitors and locals about the very real environmental issues that face the area.

The idea being that in 40 or 50 years, when most of us on today’s hike will be long gone, the jaguars will still roam this river canyon in our absence.