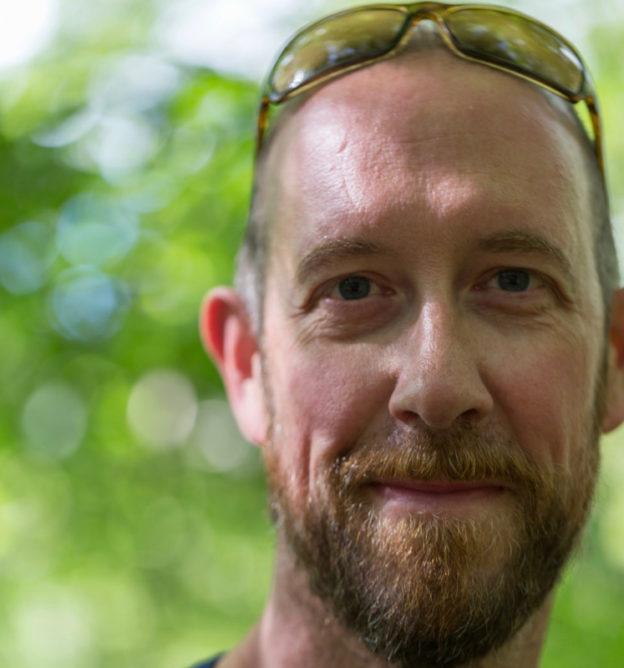 Framingham, MA — New England Wild Flower Society, a national leader in native plant conservation, horticulture, and education, has named Uli Lorimer as its new Director of Horticulture. Lorimer is currently curator of the Native Flora Garden at Brooklyn Botanic Garden and will begin his new role in March. He will oversee both Garden in the Woods, the Society’s botanic garden in Framingham, and Nasami Farm in western Massachusetts, a nursery focused on propagation of and research about New England native plants.

“We are excited to welcome Uli to the staff as we launch ambitious initiatives at the Garden and in horticultural research,” says Debbi Edelstein, Executive Director of the Society. “Uli’s passion for native plants and ecological landscaping, plus his commitment to outreach and education, make him an ideal person to lead our horticulture team.”

The Delaware native grew up with an interest in all things green, and since 2005 has held the position of curator of the Native Flora Garden at Brooklyn Botanic Garden. During his tenure at BBG, Lorimer not only tended the original 108-year-old Native Flora Garden, but was also instrumental in the creation of a new extension of the garden, which features a native coastal plain meadow and pine barrens. He also worked closely with botanists throughout the region to collect seed from the wild, propagated new plants for the collection, and documented and studied the region’s biodiversity. Lorimer is a popular teacher and public speaker and is also a contributing author and photographer for several BBG publications, including Community Gardening, Healthy Soils for Sustainable Gardens, Tough Natives for Tough Places, A Native Plant Reader, Easy Compost, and Edible Gardens.

“I’m very excited to join the staff of New England Wild Flower Society,” Lorimer says. “The Society has an incredible record of native plant advocacy and conservation, and I am thrilled to be part of its success.”

Lorimer holds degrees from the University of Delaware in Landscape Horticulture and Foreign Languages and Literature.

New England Wild Flower Society is dedicated to conserving and promoting the region’s native plants to ensure healthy, biologically diverse landscapes. Founded in 1900, the Society is the nation’s first plant conservation organization and a recognized leader in native plant conservation, horticulture, and education. The Society’s headquarters, Garden in the Woods, is a renowned native plant botanic garden in Framingham, Massachusetts, that attracts visitors from all over the world. From this base, 25 staff and many of our 1,200 trained volunteers work throughout New England each year to monitor and protect rare and endangered plants, collect and preserve seeds to ensure biological diversity, detect and control invasive species, conduct research, and offer a range of educational programs. The Society also operates a native plant nursery at Nasami Farm in western Massachusetts and has six sanctuaries in Maine, New Hampshire, and Vermont that are open to the public. See www.newenglandwild.org.