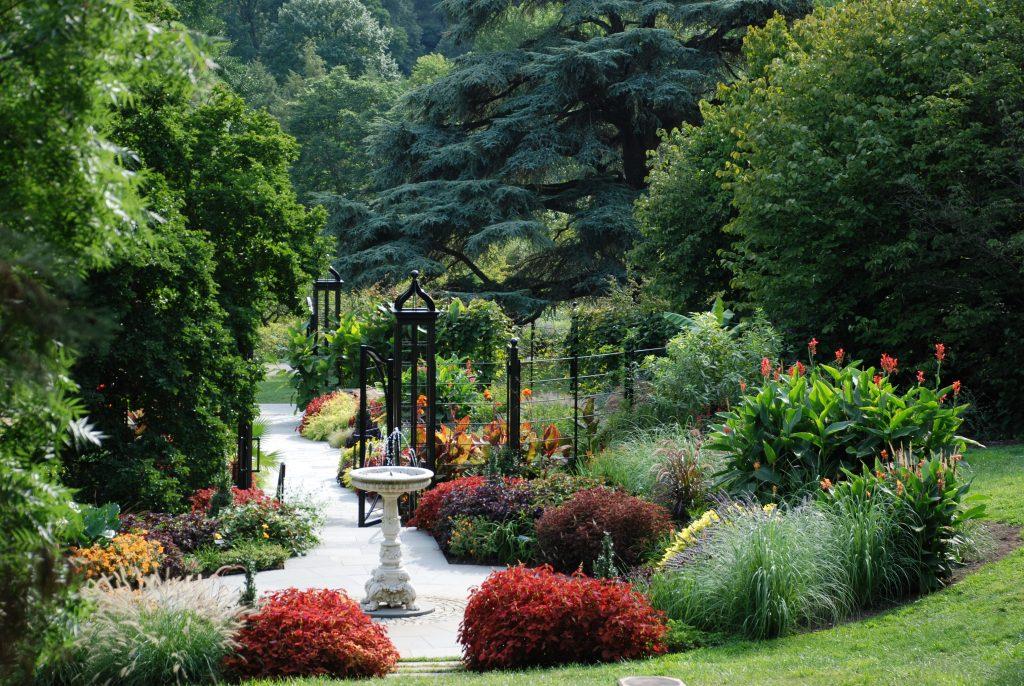 When Morris Arboretum began to establish its fundraising goals for the Ever Green campaign which began in April, 2018, several key priorities were obvious, none more so than the establishment of a $1.5 million endowed fund to support a Chief Arborist position. It is hardly imaginable that Morris Arboretum would function without a Chief Arborist, but the economic fallout from 2008 required exactly that. Since that time, it has been a key objective to reinstate this important position in a financially sustainable manner. Creating endowments for key positions is one of the most financially stable ways to sustain them.

Now, more than a decade later, the Arboretum is thrilled to announce that Peter Fixler has been hired as the Chief Arborist, made possible by the McCausland Foundation and Janet and John Haas who have combined forces to fully endow the Chief Arborist position. In doing so, they have chosen to honor Paul W. Meyer, who recently retired after 43 years of service, 27 of those as the F. Otto Haas Executive Director. To be known as The Paul W. Meyer Chief Arborist, Peter’s position will strengthen the Arboretum’s tree care program while also helping to advance arboriculture education and outreach programs.

“Funding the Chief Arborist position is something that we have been working toward for several years. It is remarkably gratifying to have secured the funding that has allowed us to fill this critical Arboretum role. I am so grateful to the McCausland Foundation and to Janet and John Haas for making this a reality,” said Anthony Aiello, The Gayle E. Maloney Director of Horticulture and Curator, Morris Arboretum.

Peter Fixler comes to the Morris Arboretum with 20 years of professional experience. His background includes commercial experience at Bartlett Tree and The Care of Trees (now Davey Tree) as well as multiple years as a staff arborist at Longwood Gardens.  Peter holds a BS degree in Biology, with an emphasis on botany and entomology, from Coastal Carolina University.  He has been actively involved in the Penn-Del ISA chapter since he started climbing trees and has been their Arbor Day Chair for 13 years.

With climate change taking its toll on woodlands in the Northeast, trees are more important than ever, and there is a greater need for more tree ‘doctors’ according to the New York Times. https://www.nytimes.com/2020/10/07/climate/new-england-trees-forests.html

Clearly, Peter Fixler’s role as the Paul W. Meyer Chief Arborist is an important one at the Morris Arboretum. Because its tree collection is the foundation of the Arboretum and a fundamental aspect of its mission, it is essential to preserve, maintain, and grow this collection to achieve the goals of research, horticulture, and education.  It takes continual effort to improve the Arboretum’s arboriculture to ensure that this resource continues for future generations.  The Chief Arborist is the person who heads up these efforts, and manages the daily work flow that keeps Morris Arboretum’s trees safe and healthy, plans for future care, and contributes to teaching and outreach efforts. With more than 4,000 trees, there is a lot to watch out for, and one of the most important roles is to manage the signature specimens, such as some of Morris Arboretum’s best-known trees like the katsura-tree. The chief arborist’s role is to ensure the health of these specimen trees for many years to come.

Morris Arboretum is one of more than 30 Philadelphia gardens in America’s Garden Capital. This 92-acre horticultural display garden features a spectacular collection of mature trees in a beautiful and colorful landscape.  The Morris Arboretum offers educational programs for many audiences ranging from youth to professional, and is a leader in botanical and horticultural research.  The official arboretum of the Commonwealth of Pennsylvania, Morris Arboretum is listed on the National Register of Historic Places and accredited by the American Association of Museums.  For more information, visit: www.morrisarb.org