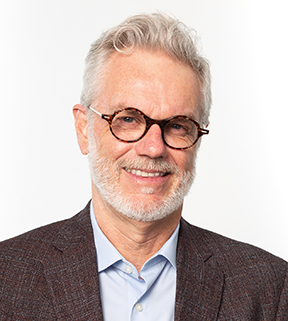 Hempstead, Texas, May 1, 2020 - The Board of Directors of The John Fairey Garden Conservation Foundation announced today it has hired Randy Twaddle as Executive Director of the Foundation. Twaddle has served on the board since 2015, most recently as President. He will begin his position immediately.

Previously, Twaddle, 63, was co-founder, Principal, and Creative Director of the marketing and communications firm, ttweak, founded in 1998, and Principal of Small Town, a branding and communications consultancy he founded in 2017. Twaddle is a visual artist who has been in numerous solo and group exhibitions and is in private and public collections across the US, including the MFAH, the Dallas Museum of Art, the Brooklyn Museum, and others.

“I am thrilled to have the opportunity to help bring this garden the recognition it deserves, both as a globally significant conservation garden and as one of the most beautiful gardens in the world,” said Twaddle. “John was trained as a painter and he brought an artist’s eye, sensitivity, and fearlessness to its creation. I hope my direction will serve as tribute to the magnificent gift he left.”

“Randy will provide the necessary leadership and commitment to not only preserve and protect John’s Legacy but also to complete the Garden’s transition from private estate to vital public institution,” said acting Board President, Adam Adams. “The future looks bright.”

The John Fairey Garden, located near Hempstead, Texas, is recognized internationally both for the originality of its garden design, and as a horticulturally significant repository of rare and endangered plants. The garden contains more than 4,000 plants from Mexico, the United States, and Asia, many of which were planted from seeds Mr. Fairey collected in over 100 botanizing expeditions to Northeastern Mexico. The Garden is temporarily closed due to Covid-19. Reopening of the Garden will be announced on the organization’s website http://jfgarden.org/.