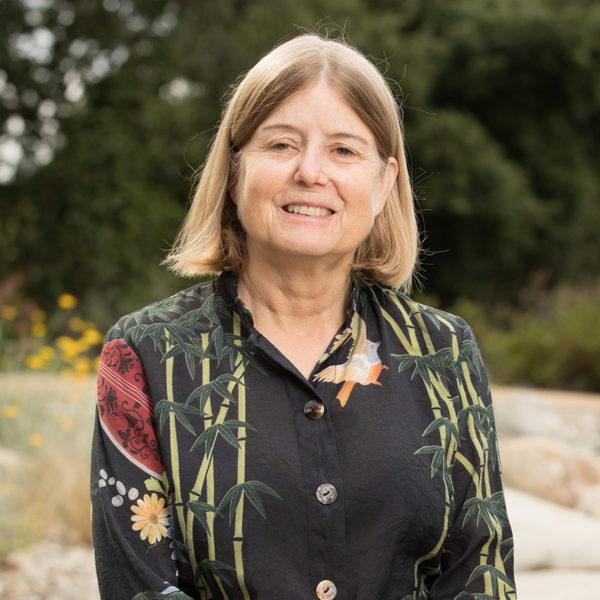 ALEXANDRIA, Va. -- Lucinda McDade, Ph.D., Executive Director & Judith B. Friend Director of Research at the California Botanic Garden, in Claremont, Calif. has been named the 2021 recipient of the American Horticultural Society’s (AHS) Liberty Hyde Bailey Award, the organization’s highest honor, which is given to an individual who has made significant lifetime contributions to at least three of the following horticultural fields: teaching, research, communications, plant exploration, administration, art, business, and leadership.

This accolade is one of the Great American Gardeners Awards that the AHS presents annually to individuals, organizations, and businesses that represent the best in American gardening. Each of the recipients has contributed significantly to fields such as scientific research, garden communication, landscape design, youth gardening, and conservation.

McDade is an accomplished botanist, researcher, plant explorer, professor, and public garden administrator who has worn many hats over the course of her 40-plus year career. As the executive director of the California Botanic Garden (CBG) in Claremont, McDade also oversees the garden’s research program and is the chair of the botany department at nearby Claremont Graduate University (CGU), where she teaches classes. Before joining CBG (formerly known as Rancho Santa Ana Botanic Garden), McDade was an assistant professor and herbarium curator at the University of Arizona in Tucson from 1992 to 2000, then served as associate curator and chair of botany at the Academy of Natural Sciences of Drexel University in Philadelphia, Pennsylvania, until 2006.

While working on her Ph.D. at Duke University in North Carolina, McDade immersed herself in plant research work in the tropics. Her dissertation research focused on the genus Aphelandra—which is part of Acanthaceae, or the acanthus family—native to Central America. Over the years, her field research has taken her to Andean South America and Brazil, and to southern Africa and Madagascar, among other places.

Among the many other honors, McDade has received during her career are Merit Award honoree, Botanical Society of America (2013); president, American Society of Plant Taxonomists (2003–2004); and president, Association for Tropical Biology (1995). In 2010, she became the first-ever chair of the Botanical Society of America (BSA) Advisory Council, the largest professional society of plant scientists in the United States. She is also a sought-after speaker who has lectured all over the world. And she has published hundreds of research papers and articles in a wide variety of professional journals.

This year’s Great American Gardeners Awards winners will be honored from all around the country by way of video acceptance speeches that will be released on our website and social media starting in April. For more information on this year’s recipients, please visit our 2021 Award Winners. Photographs of the award winners and additional information about the awards program are available upon request by contacting Katherine Somerville or calling (703) 768-5700, ext. 121.