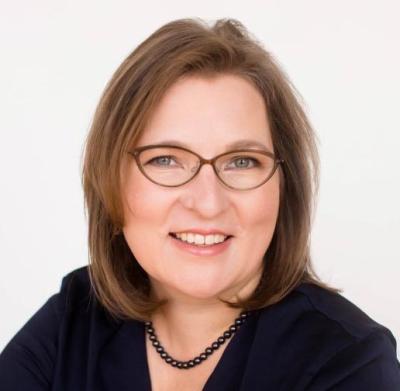 Board Position
Director at Large

Stephanie Jutila is a passionate horticulturist who has dedicated her career to connecting people to plants. In 2011 Stephanie was named the first President and CEO of the Greater Des Moines Botanical Garden. During her tenure, Stephanie has led the transformation of the former municipally operated facility into a vibrant 14-acre public garden in the heart of downtown Des Moines.  Through her leadership, the nonprofit has increased the operating budget 14-fold from $250,000 to $3.3 million, more than doubled the Garden’s annual visitation, and invested more than $22 million in capital projects. Guided by a mission of exploring, explaining and celebrating the world of plants, the Botanical Garden cultivates a signature guest experience through progressive garden design and innovative programming.

Prior to the Greater Des Moines Botanical Garden, Ms. Jutila worked for the American Horticultural Society, with headquarters in the greater Washington, D.C., area, serving a national audience through publications, programs and its 25-acre River Farm public garden. While at the Society, Ms. Jutila was the Director of Member Programs and Outreach. In this roll she headed numerous national initiatives and programs, including its renowned annual National Children & Youth Garden Symposium.

Her work experience includes stints at the Smithsonian Institution, the Minnesota Landscape Arboretum, the Royal Botanical Gardens, Kew and the Marjorie McNeely Conservatory of Como Park, St. Paul. She has received numerous accolades for her leadership, including the Garden Club of America’s Martin McLaren Interchange Scholarship and the Chanticleer Scholarship from the Chanticleer Foundation in Wayne, PA. Stephanie is also an alumnus of the Greater Des Moines Leadership Institute class of 2014.

Stephanie has served as an American Public Gardens Association Director-at-Large since 2017 and has been an active member of the Association since 2004. Stephanie also serves on the Bravo Greater Des Moines Board, providing reliable funding and leadership for Central Iowa’s arts, culture and heritage non-profits.

A native of Cloquet, Minnesota, Ms. Jutila received her bachelor’s and master’s degrees in Horticulture from the University of Minnesota, where she also studied nonprofit management and museum studies.