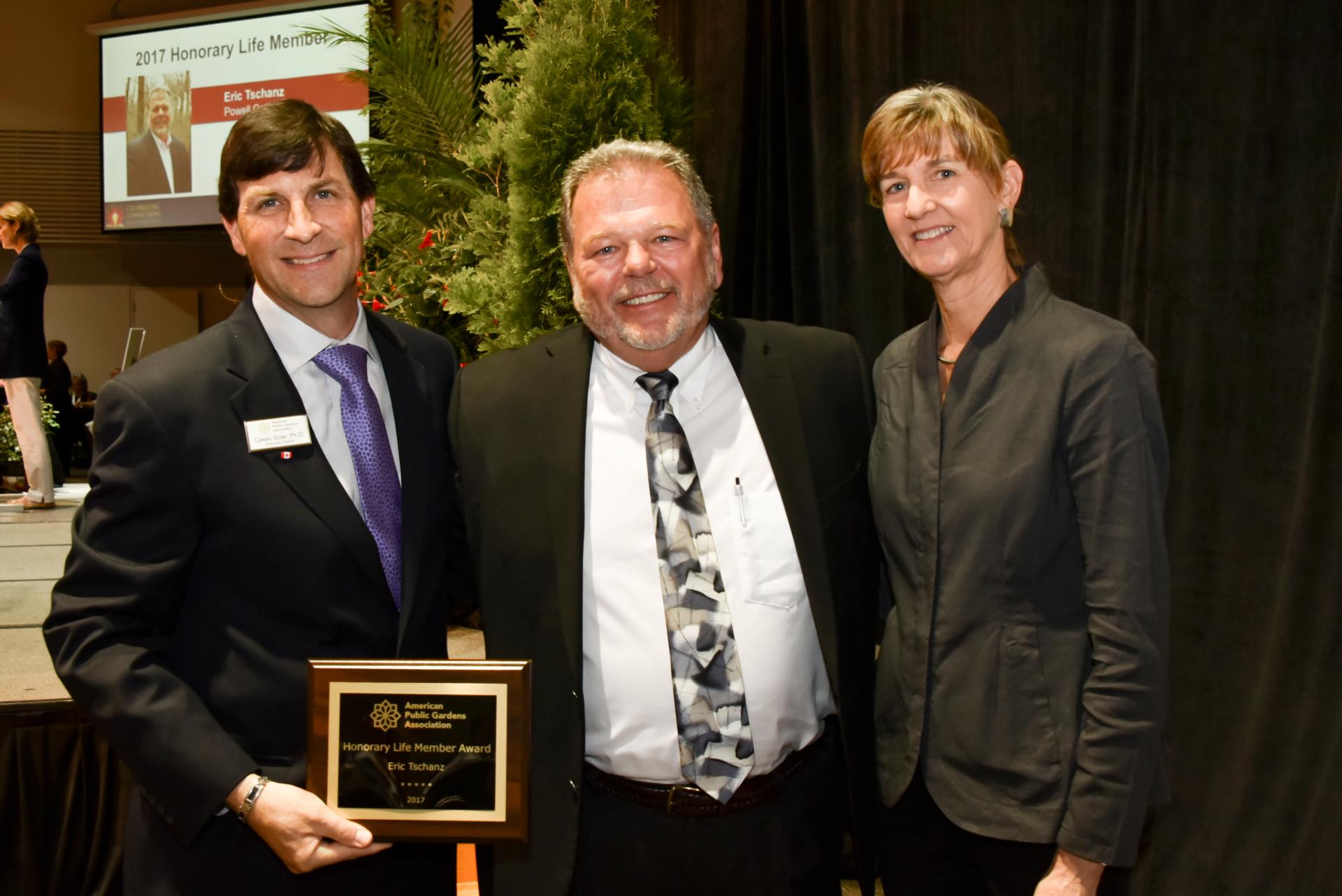 Eric N. Tschanz, has served as President and Executive Director of Powell
Gardens for the past 28 years. He also has been an active member of American Public
Gardens Association since 1985, serving on numerous professional committees and as a
board member. In 1997 he became a member of the executive committee, serving as Vice
President and President. In 2010 Eric was honored by the American Horticultural Society with
their 2010 Professional Award. He received the Association’s Award of Merit in 2012.